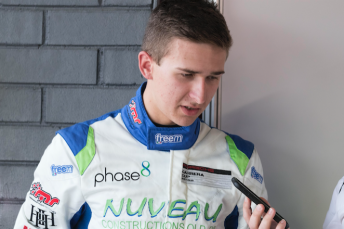 Twenty-one-year-old Matt Campbell has quickly established himself as one of Australian motorsport’s hottest properties.

The last week has seen Campbell secure a V8 Supercars Pirtek Enduro Cup co-drive with Nissan Motorsport and sweep to the Carrera Cup points lead with a double victory in Sydney.

Hailing from Warwick, Queensland, Campbell’s rise from relative obscurity has been rapid with a Class B GT3 Cup Challenge title in 2014 followed up by an impressive run to third in last year’s Carrera Cup.

Speedcafe.com’s Stefan Bartholomaeus caught up with Campbell at the weekend’s Porsche Rennsport Festival to talk about his career progress.

SPEEDCAFE: Matt, it’s been a big week for you on and off the track. On the V8 front, you must have been pleased to have news of your Nissan deal out and about.

CAMPBELL: Absolutely. It’s been really awesome. It’s a really big step for me but I’ve got a lot of support, which has been really positive.

The enduros are a massive thing, they’re three really big events and I’m not underestimating the size of the challenge that I’m up against. 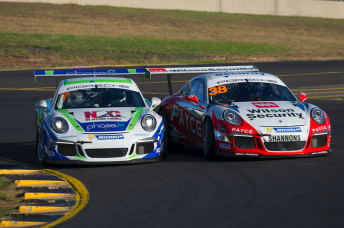 Campbell taking the lead in Race 1 at Rennsport

SPEEDCAFE: How have you found driving the V8 Supercar? It’s a pretty different prospect to the Porsche.

CAMPBELL: Driving the car last week (during testing at Winton) I felt pretty comfortable, just adapting to the different driving style from the Porsches.

Going from rear-engine to front-engine and having a lot more horsepower is obviously a big adjustment.

It’s a very different driving style and technique that you need, especially in braking.

That’s probably my biggest challenge at the moment, but I’m slowly getting my head around it and feeling more comfortable with it.

SPEEDCAFE: Not many people jump into the enduros without doing DVS (Dunlop Series) these days. It’s a big step.

CAMPBELL: It is, but obviously the team has put a lot of faith in me to put me in the car and I’m very grateful for that.

It will be a big challenge without any experience of the cars or those races before, but I think that with the help of the team and Todd (Kelly) I’ll be able to progress pretty quickly and do an ok job. Campbell testing with Nissan at Winton

SPEEDCAFE: We’ve seen you in Porsches for the last three years, but tell us a bit more about how you got started in the sport. You basically grew up at the race track, didn’t you?

CAMPBELL: Pretty much. As a young bloke I was at Morgan Park (run by grandfather Bill prior to his death last year) nearly every weekend watching and running around the pits.

My auntie taught me how to drive when I was about six years old and I got my CAMS license when I was 14.

I started young, did some sprinting in my own Datsun and progressed into Formula Ford and eventually GT3 Cup.

It’s been a little bit of a different stepping stone to some people with no go-karting or anything like that.

SPEEDCAFE: Andy McElrea (Carrera Cup team owner) has played a big part in your career and has helped you set up a program to fund your Porsche campaign. Tell us about that.

CAMPBELL: There are a few guys who have helped get my career off the ground and we’ve set up a Matt Campbell Racing company that people can buy a share in.

Becoming an equity partner means they can make an investment in my future which has funded my career last year and this, along with the sponsorship that we’ve been able to bring in.

It’s structured to pay back dividends out of my future earnings over a set time period.

If it wasn’t for these guys I wouldn’t be here. I can’t thank enough the people who have come onboard, putting their faith in me and making everything possible. 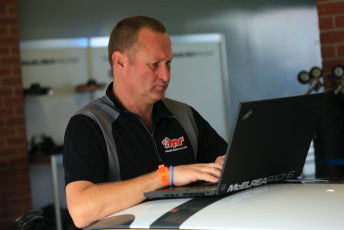 SPEEDCAFE: Is V8 Supercars where you want to be, or do you have ambitions of going overseas? The Porsche Junior Scholarship program must hold some temptation for you?

CAMPBELL: Obviously it is very enticing to go over to Europe, as it is for any driver from Australia.

But I’m not discounting what we’ve got here in Australia with V8 Supercars.

At the moment we’ve got to get through this year of Carrera Cup and obviously the enduros and see where we stack up.

I’m certainly not ruling out staying in Australia, that’s for sure.

SPEEDCAFE: At Sandown, Bathurst and the Gold Coast you’ll be jumping between the Porsche and the Nissan. Is that a daunting prospect for you?

CAMPBELL: I’ve got a few co-driver sessions this year that’ll give me a bit of a taste of what it’s like jumping between the cars.

That will hopefully help, but the programs aren’t too bad, they’re pretty spread out so I don’t think it’ll be too stressful.