POLL: Will Rosberg go on to claim the F1 title? 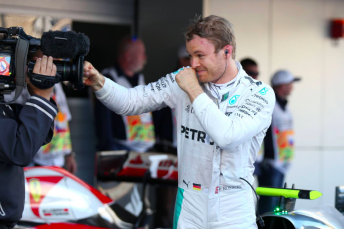 Nico Rosberg’s flying start to the Formula 1 season has seen the German open up a healthy lead in the championship standings.

He now holds a commanding 43 point lead over Mercedes team-mate Lewis Hamilton in the championship.

Hamilton entered the year as the two-time reigning champion and was heavily fancied to continue his supremacy over Rosberg.

The duo have taken two pole positions apiece so far this year, but a first corner clash with Valtteri Bottas in Bahrain and engine issues during qualifying at the last two events have hurt Hamilton’s charge.

There remains 17 races, however, in which Hamilton and the remainder of the pack can try and wear down the son of 1982 world champion Keke.

What do you think? Will Nico Rosberg go on to win this year’s Formula 1 title? Cast your vote on this week’s Pirtek Poll.