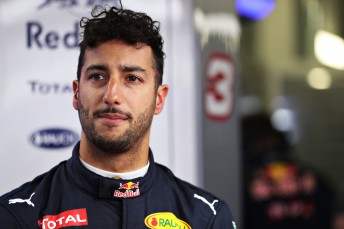 Daniel Ricciardo is hopeful of overcoming Williams in the Russian Grand Prix having struggled to match the pace of the front runners in qualifying.

The Red Bull driver could only manage a time good enough for sixth well adrift of the pole sitting Mercedes of Nico Rosberg and Ferrari’s Sebastian Vettel and Kimi Raikkonen.

Unable to extract the car speed which netted him a front row start in China, the Australian fully expects to be involved in a battle for best of the rest with the Williams drivers.

“We are obviously a long way off the Mercedes but we expected that so if we can race the Williams that would be good,” said Ricciardo.

“We don’t have much of an advantage here because it’s a one stop, everyone is able to push on the tyres and it will be flat out for a majority of the race therefore we are not able to do much with strategy.

“If we finish in the top five, that would be a very good result for us.”

Ricciardo is third in the championship standings ahead of Sunday’s race, which is scheduled to begin at 2200 AEST.