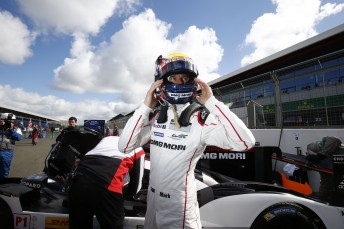 The club held a ceremony to commemorate the name change which was attended by the nine-time grand prix winner’s parents Alan and Diane Webber.

ACT Senator Zed Seselja, Mick Gentleman, representing the Chief Minister of the ACT Legislative Assembly, Mayor of Queanbeyan Tim Overall and more than 250 karters and their families were also present. 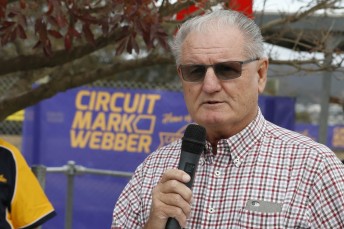 Alan Webber speaking at the launch of Circuit Mark Webber

Queanbeyan-born Webber raced at the Fairbairn Park during his formative years in the early 1990s as he embarked on his career up the motorsport ladder.

The factory Porsche LMP1 driver was proud to receive the honour and is pleased to see the venue receive approval from ACT Government to improve the facility.

“I have a lot of great memories there in the early 90s with my dad and many other friends racing,” said Webber via a video message.

“Through the junior categories, I learnt a lot of my craft there it’s a technical little track which put me in great stead for the future.

“It (the approval for development) will be fantastic for the community, and particularly the young drivers to continue racing out there, because there has been many days in the past when it looked like the track could even be closed.

“I am really excited to hear that families will be able to continue to go racing.”

Mick Doohan, Chairman of Karting Australia also congratulated the club on the circuit’s work in developing karting in the region.

“The extension the circuit and facilities will one day lead us (Karting Australia) to having an international event in the nation’s capital,” said Doohan.

Racing at Circuit Mark Webber continues this weekend with finals of the first round of the NSW Kart Championships.