Ipswich links with Bathurst for redevelopment

Ipswich links with Bathurst for redevelopment 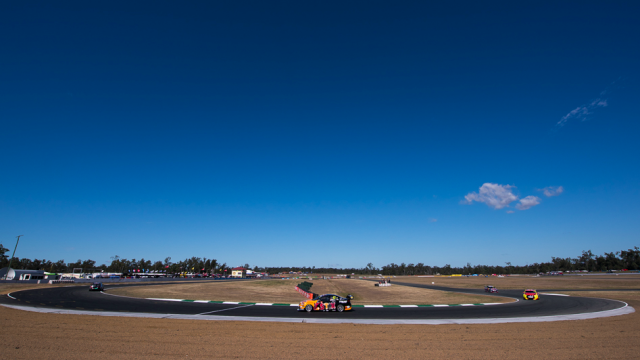 Under the plan, the Ipswich Motorsport Predict is targetted to expand into a fully self-contained facility with hotels, automotive industry and plans to expand and re-engineer the Queensland Raceway circuit.

A management company was formed last month to spearhead the project.

The Ipswich City Council signed a Memorandum of Understanding with the Bathurst Regional Council in a collaborative effort between the two regional centres.

Bathurst has envisaged an automotive-themed technology park among its plans for a second circuit that would run on the eastern circuit of Mount Panorama.

The Ipswich precinct includes the Willowbank drag strip, karting facility and QR track which has been much maligned over the years for its lack of fan facilities and a mundane circuit layout.

“We’ve got a fantastic precinct and it’s time now to take it to the next level and turn motorsport into something that is even more economically beneficial for the city and the state,” Cr Pisasale told Speedcafe.com.

“We spend all our time creating sister cities and opportunities overseas and here are two Australian cities who have a joint love for motorsport so why not work together.

“Anything to do with wheels and motorsport is there. And what council has done is protect the industry with a 5km noise buffer zone.

“I think everybody learnt a lesson from Lakeside where it allowed residential encroachment and it eventually closed down an industry.”

The high profile Ipswich mayor was recently in talks about the mechanics of what is being proposed with Queensland premier Annastacia Palaszczuk.

“When I met with the premier regarding what we are doing there, I said the first thing we have to do as a council is a business case around the whole industry,” he said.

“One thing I’m not good at is racing cars but what I am good at is creating the industry surrounding the facilities to attract the different sports.

“So it’s the business modelling, but more importantly this is to create a great environment for the fans to enjoy the sport.

“It’s about time governments realised you’ve got to get involved with industries in your city. This is a great industry and we can’t just say leave it to the motorsport industry, they are just part of it.

“You’ve heard of Silicon Valley but watch this space. No-one has created a motorsports valley and Ipswich is ready to rev up.”