Dan Wheldon book to go on sale at Indy

A new book paying tribute to the late Dan Wheldon will be launched at the Angie’s List Grand Prix of Indianapolis on May 14. 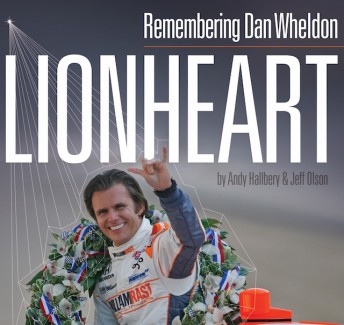 The book – Lionheart – Remembering Dan Wheldon will be available at the historic 100th running of the Indianapolis 500 on May 29.

It will then go on sale internationally through Amazon following the blue riband Indy 500.

Wheldon’s life was tragically cut short when he was killed in a horrific crash during an IndyCar race at Las Vegas Motor Speedway in October 2011, the same year he won his second Indy 500.

The Briton was a charismatic figure, popular among his peers and who had a fabulous affinity with the track called ‘The Brickyard’.

Life-long friend and rival Dario Franchitti said of Wheldon’s love affair with Indianapolis: “Dan was 10 feet tall every time he walked through those gates; he loved that place.”

The 216-page account will see proceeds from sales benefitting charities close to the Wheldon family.

Next Story IndyCar to seek replacement for Boston