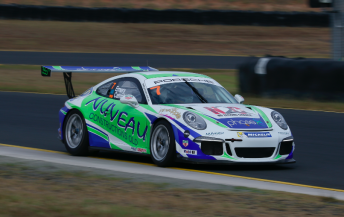 Campbell and Emery will start from pole

The McElrea drivers topped their respective Pro and Am sessions, from which the combined times were used to determine the Race 1 grid.

Campbell’s Pro session topping 1:29.35s came on his first flying lap of the second 20 minute hit-out, proving the best time of the weekend to date.

Light rain fell throughout the final five minutes of the Pro running but failed to stop several of the stars from late improvements.

Among them was Nick Percat, whose fifth fastest time ensured he and Smollen will line-up on the outside of the front-row.

Shane van Gisbergen was the second quickest of the Pro runners, leaving the Scott Taylor Motorsport entry 14th on combined times after co-driver Paul Kelly proved slowest of the Ams.

The #222 Porsche will, however, start from the back of the grid after disqualification for proving 0.5mm shy of the minimum front ride height in post-qualifying scrutineering.

Confirming that the late rain had no impact on his efforts, Van Gisbegen admits he’s struggling to come to terms with the Carrera Cup car.

“To be honest I’m struggling with driving these things, they’re so different and at the moment I just can’t drive it,” he told Speedcafe.com.

“It’s so different to anything I’ve ever driven. You wouldn’t want to spend too long in one of these because it teaches you such bad habits.

“It doesn’t like turning and the things you have to do to make it turn aren’t normal. After the weekend I’ll be forgetting about it as quick as possible to get back into V8 mode.”

Van Gisbergen had been a full 0.4s adrift of Campbell, while third fastest Pro Slade was a further 0.3s adrift.

Steven Richards ended the Pro session in 19th, ensuring he and Dean Grant will start down in 18th.

The former champion explained that he’d elected not to use new rubber in his session in order to gain an advantage for the race.

“We knew from where we were after Dean’s session that we had to do something different,” Richards told Speedcafe.com.

“We think the difference between a new tyre and a used tyre will be quite a bit over a stint, so that’s the strategy we’ve played for the race.” 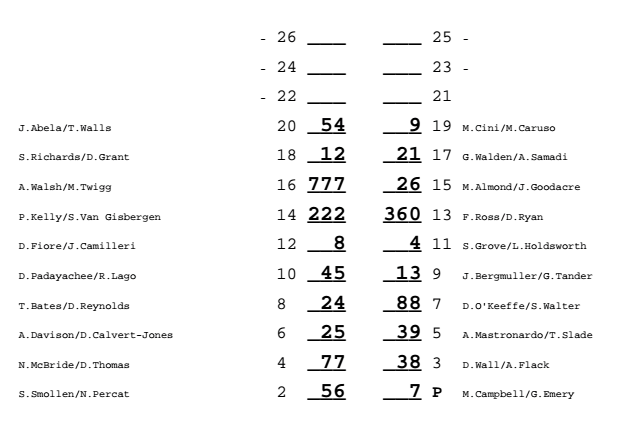