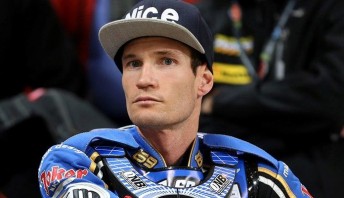 The two Australian riders, Chris Holder and Jason Doyle are preparing for the opening round of the 2016 F.I.M. Speedway Grand Prix World Championship that begins early Sunday morning Australian time in Krsko Slovenia.

Holder is looking to strike back to the form that took him to the World Championship in 2012.

After a difficult 2015, much of which was plagued by the emotional toll of the injury that thwarted Darcy Ward’s career, Holder enters the 2016 season full of confidence and set to stand atop the world again.

He scraped into the final automatic qualification place last year in Melbourne and has been in good form during early league racing in the UK and Poland.

Doyle is a remarkable story in himself. After making his first SGP final in Poland in October, the Cardiff (Newcastle, NSW) product was a leading light on home soil at Etihad Stadium and was primed for victory until a monster first corner crash in the Final saw him laid up in hospital with a broken back and punctured lung.

A busy off season sees the former Australian Junior Baseballer – who rides for Swindon in the British Elite League – back to full strength and to build on his maiden SGP year, which saw him finish a stellar fifth in the world. 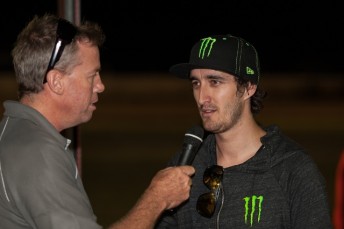 The man to beat once again will be Perth-raised Englishman, Tai Woffinden. The double World Champion has declared that in his own mind he is no longer the World Champion and has re-set the calendar to go out and try again. He enters the Championship as a $3.50 favourite to go back-to-back.

This year’s 11 round World Championship winds its way through Europe before coming back to Australia and the Etihad Stadium in Melbourne for the QBE Insurance Australian Speedway Grand Prix which will be held on Saturday, October 22.

The Slovenian Grand Prix begins at 3am Sunday Australian time with coverage on Fox Sports 5.