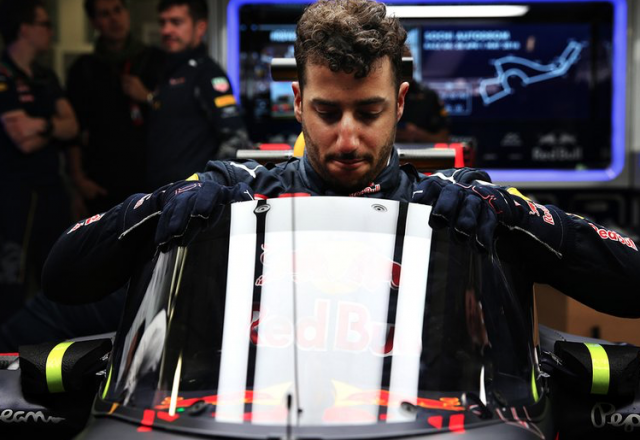 Red Bull will showcase its cockpit protection system during opening practice for the Russian Grand Prix at Sochi.

The Milton Keynes squad has unveiled its ‘aeroscreen’ concept ahead of today’s first 90 minute practice session where it will be trialled by Daniel Ricciardo.

The Australian is set to run an installation lap with the screen device attached to his RB12.

Red Bull’s ‘aeroscreen’ has been devised as an alternative to the Mercedes and Ferrari developed Halo cockpit protection system trialled in pre-season testing.

The FIA intends to implement cockpit protection from next season with the Halo understood to be the preferred option.

Having sat behind the wheel of the RB12 with the device attached, Ricciardo does not expect the concept to restrict vision.

“The structure is in line with the mirrors, so it doesn’t block any more vision than we have already.

“The front is pretty open – you have the structure at the top but that’s pretty high so it’s out of your eyeline anyway.

“You definitely want to put it on track and check though.

“It looks pretty clean for now, they’ve done a good job, but we’ll see how it is when it’s going at speed.”

The Red Bull driver says the team is working on solutions to keep the screen clean during the race weekend.

“A quick one for now is during pitstops you’d have a tear-off system – NASCAR has something similar,” added Ricciardo.

“And you can get these coatings on the screens which work a bit like Rain-X on your visor, so stuff just floats off.

“So oils and liquids will get dispersed quite quickly. There’s a few short-term things which they could do if they needed to.”

Friday’s opening practice is scheduled to begin at 1700 AEST. 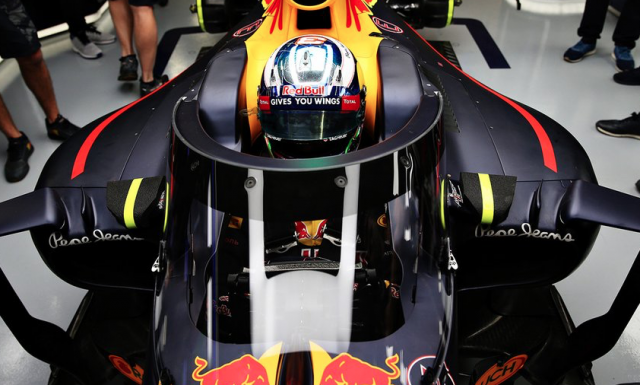