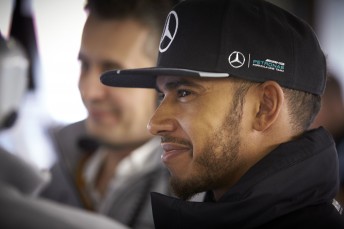 Lewis Hamilton enjoyed a comfortable margin over the field in Friday practice for this weekend’s Russian Grand Prix.

The reigning world champion set the pace in the early running before eventually lowering his personal best to a 1:37.583s on the super-soft tyres.

Hamilton’s run in Practice 2 was not without issue when a spin at Turn 4 in the early stages saw the Mercedes driver severely flat spot a set of soft compound tyres.

Ferrari’s Sebastian Vettel was the Brit’s nearest rival albeit 0.6s adrift with his best effort set on the super-soft rubber.

The four-time world champion had topped the times with an hour remaining before an electrical fault saw him come to a halt on the pit straight.

Vettel failed to return to the track for the remainder of the session having been wheeled back to the garage under a Virtual Safety Car period.

Both Ferrari drivers ran an upgraded engine during the two 90 minute sessions. 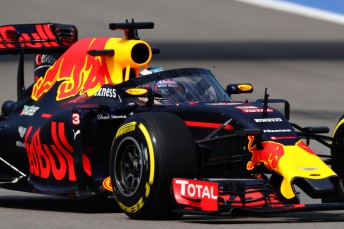 Daniel Ricciardo once again emerged as the best of the rest in fifth just 1.5s slower than Hamilton on the soft tyres.

The Red Bull driver grabbed the headlines in opening practice as he trialled the team’s ‘aeroscreen’ cockpit protection system.

The Australian completed a solitary installation lap with the device attached to his RB12.

New Renault F1 test driver Sergey Sirotkin impressed on his debut with the team by recording the 13th fastest time in first practice.

The effort was almost 0.8s quicker than his team-mate Jolyon Palmer.