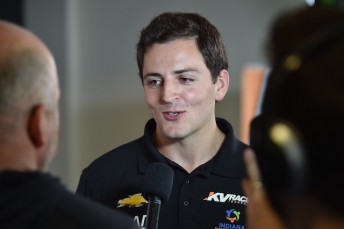 Stefan Wilson will honour his late brother after his entry in the 100th Indianapolis 500 on May 29 was confirmed.

Wilson’s entry will be run by KV Racing which is also handling the Pirtek Team Murray operation for Matthew Brabham who has just completed a searching maiden rookie test at Sebring.

Accomplished racer Justin Wilson was killed during the Pocono IndyCar race last August with his younger sibling now receiving the chance to race on IndyCar racing’s greatest stage as part of a program which is backed by the Indiana Donor Network.

Justin Wilson’s organs helped save the lives of five people after his tragic death.

Stefan Wilson will carry the #25 in the Driven2SaveLives-KVRT Chevrolet which Justin was synonymous with. 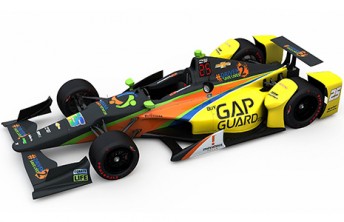 Wilson’s only previous start in the IndyCar Series was at Baltimore in 2011.

“I’m super excited for the opportunity to qualify for the race, but now that we’ve got the deal done and the focus is on the race, there’s a part of me that does start to miss Justin as well.

“When I got the deal done, the first person I wanted to tell was Justin and I couldn’t. I know he’s going to be looking down and know he’s proud. I want to make him as proud of me as I was of him.

“Justin’s decision to be an organ donor ended up being the one shining light out of that dark, terrible time after Pocono.

“I’m grateful to Indiana Donor Network and KV Racing Technology for the opportunity to fulfill a racing dream and to honour Justin’s legacy on such a monumental stage as the 100th Running of the Indianapolis 500.”

Practice for the Indianapolis 500 oval begins May 16, two days after the third annual Angie’s List Grand Prix of Indianapolis on the road course.