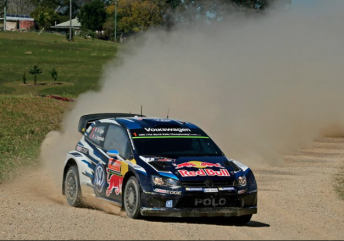 Rally Australia chairman Ben Rainsford is confident the Coffs Harbour City Council will reverse a decision to withdraw funding from the World Rally Championship event at a meeting tomorrow.

The future of the Australian round of the WRC at the New South Wales city had been placed in jeopardy after the local council voted 4-2 against a renewal of its financial support.

Results of a motion to review the original decision are expected to be made on Thursday.

The rally has contributed $13.8 million annually to the local economy.

No matter what decision is handed down, it will not hamper the running of this year’s November 18-20 event.

Rainsford remains optimistic Rally Australia will gain the support of the council which will ensure its immediate future in Coffs Harbour.

Rally Australia released a lengthy statement following the decision, where it revealed an alternative location for the event could be required if the lack of support continued.

“Certainly the members of the council that have contacted me do want it (the decision) to be reversed, but I guess that comes down to a numbers game,” Rainsford told Speedcafe.com.

“It is important the council goes through this process to ensure they are getting real value-for-money for the investment into the rally.

“This year’s event is done and dusted in terms of itinerary and we have an act of parliament which enables us to operate the event so we would never be disrespectful to ignore the council.

“As far as the 2016 event its been more of a distraction more than anything.

“We’d rather not move. The funding is not a huge amount but it is not insignificant either.

“There have been other places that have expressed desire to have the rally (in the past) but we have intended to make Coffs Harbour its home and its proven it can stage a world class event.

“For 2017 our preference would be to stay in Coffs Harbour.”

CAMS boss Eugene Arocca has echoed Rainsford’s thoughts with the decision being closely followed by the organisation.

“The World Rally Championship round in Australia will continue with or without that sponsorship,” Arocca told Speedcafe.com.

“To be brutally honest it is an important element and one would think that the council will review the decision and we are hopeful that will be reviewed accordingly.

“When you consider the economic impact for Coffs Harbour we are scratching our heads how this has happened.

“We are confident the Coffs Harbour Council will support the event.”

Rally Australia bosses have already commenced talks to secure the event’s future beyond 2017 when its contract ends.