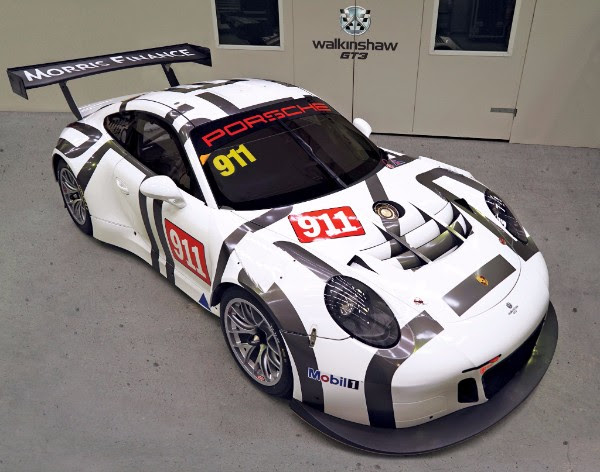 Walkinshaw Racing has taken the wraps off the livery for the new Porsche 911 GT3 R it will campaign in the Australian GT Championship this year.

The Melbourne operation only took delivery of its GT3 weapon last week ahead of its competitive Australian GT debut at Perth’s Barbagallo Raceway from May 6-8.

The squad says it has a busy schedule ahead to ensure the car is ready for Perth and its maiden public appearance at this weekend’s Rennsport Festival, where it is due to complete demonstration laps.

Experienced sportscar ace John Martin and Duvashen Padayachee have been confirmed to pilot the entry this season.

“The Porsche arrived at the workshop last Monday morning and work immediately begun; the first item on the to-do list was the livery and it took two days to complete this,” said Mathew Nilsson, Team Manager Walkinshaw GT3.

“Reflecting the support we receive from the factory we wanted to link with the Porsche brand and integrate their branding into the Walkinshaw GT3 program; what better way to debut the car than with a current Porsche design synonymous with the brand around the world.

“While the car effectively arrived ‘race ready’ we still had to prepare and install the Australian GT regulation equipment, then conduct the necessary system checks before we put the car on the circuit.

“Fortunately the car left Germany earlier than expected which helped tremendously with the preparation and I have to thank everyone at Porsche Australia and Germany for that.

“We have a busy schedule over the next couple of weeks starting with our first test at Winton today.”

The team has also welcomed Morris Finance as a new founding sponsor of the GT3 program.