The 22-year-old will undergo a thorough day of evaluation and set-up work behind the wheel of the #14 KVSH Racing Chevrolet campaigned by Verizon IndyCar Series regular Sebastien Bourdais.

KVSH, which will run the Pirtek Team Murray entry that Brabham will race at the Angie’s List Grand Prix (May 14) and Indy 500 on May 29, has dispatched a crew to Sebring for the key test directly from round 4 of the IndyCar Series at Alabama last weekend.

Brabham has engaged in numerous promotional activities in the US this year with the operation that was devised by Speedcafe.com custodian Brett Murray.

Apart from a sole run in Dallara’s high-tech simulator earlier this year organised primarily for filming purposes, Brabham’s competitive activities have been confined to the Stadium Super Trucks where he has run at the Clipsal 500, St Petersburg and Long Beach last weekend.

“I’ve been itching for a chance to test an IndyCar,” an excited Brabham told Speedcafe.com.

“We are going to try to make the most of the day and cover all of the key areas we need to.

“Clearly any time you have a chance to test is important but for me it will be a great chance to re-acquaint myself with an IndyCar.” While his preparations ahead of his twin Indianapolis races take shape, Brabham is also scheduled to undertake a full day in the Dallara simulator on May 1.

Brabham is set to perform his mandatory Indy 500 rookie orientation test at The Brickyard on May 16 as part of the intense build up to the 100th running of the famed race.

At Sonoma Brabham tested the #25 Andretti Autosport Honda which Justin Wilson had campaigned before his tragic death in August last year.

This followed a test of the Iowa oval in a similar machine a month before.

He won an Indy Lights race for Andretti Autosport in 2014 on the Indy road course where his planned Pirtek Team Murray debut will see him contest the Angie’s List Grand Prix. 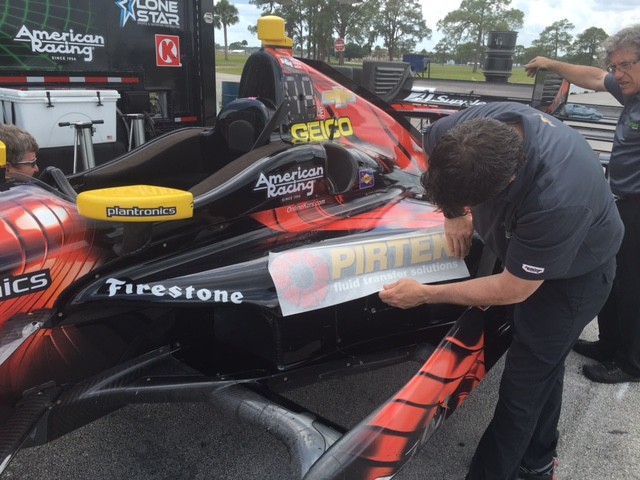 Next Story Ingall tests with Nissan Motorsport at Winton