Lucas di Grassi extended his FIA Formula E Championship lead with a dominant victory on the streets of Paris.

The Brazilian jumped pole-sitter Sam Bird at the start before opening up a sizeable lead over the field as Paris welcomed the all electric championship for the first time.

Victory was put into doubt in the closing stages when a crash from Ma Qing Hua threatened to bring out the Safety Car.

However, officials deemed the car too difficult to retrieve resulting in a chequered flag under caution.

Frenchman Jean-Eric Vergne brought his Virgin machine home in second ahead of the e.dams of Sebastien Buemi.

Di Grassi leads the standings by 11 points from Buemi as the series heads to Berlin on May 21. 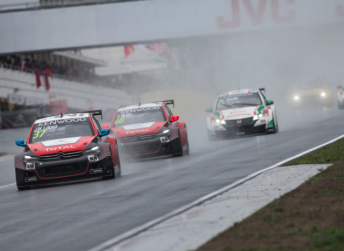 Mehdi Bennani and Jose Maria Lopez shared the spoils at the third round of the World Touring Car Championship at a wet Hungaroring.

Sebastien Loeb Racing’s Bennani made the most of his wet tyres on a damp track to cruise to victory in Race 1 while his rivals on slicks struggled.

Tom Chilton charged from 10th on the grid to finish second ahead of Lada’s Nicky Catsburg and the factory Volvo of Fredrik Ekblom.

Lopez made up for the poor tyre strategy call in Race 2 by claiming his third win of the season from Muller and Honda’s Tiago Monteiro.

The reigning world champion was never headed as he tamed tricky wet conditions.

Honda inherited victory in the MAC3 time trial after on the road winners Citroen were handed a 30 second penalty for exceeding track limits. 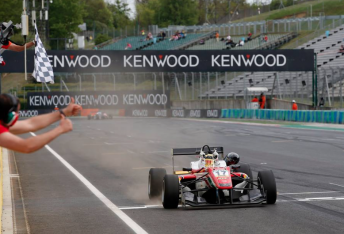 Maximilian Gunther has assumed the lead of the FIA European Formula 3 Championship after becoming the first two-time winner of the season at Hungary.

Aron took the win in Race 1 from the Motopark duo of Niko Kari and Joel Eriksson.

It proved to be a difficult weekend for New Zealander Nick Cassidy who had led the championship heading into the meeting.

The Kiwi, who has dropped to fourth in the championship, retired from Race 1 with tyre problems before being turned around at the start of Race 2.

His weekend ended on a positive note with a fighting drive to ninth spot.

Stewards were kept busy with Nikita Mazepin banned from Race 1 following an altercation in the paddock with Callum Ilott after practice.

The Russian was given two points on his licence and a five place grid penalty for causing an accident in Race 2 and exceeding track limits.

Two penalty points were also issued to Kari for crashing into Pedro Piquet after Race 3.

The championship reconvenes at Pau from May 13-15. 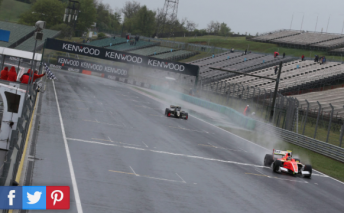 After starting behind the Safety car due to the conditions, the Frenchman took the victory by 0.8s from Roy Nissany, who fought his way back to second having spun early in the race which dropped him to seventh.

Aurelien Panis, the son of former F1 driver Olivier, secured the final place on the podium in third.

The weekend’s opening race was won by Johnny Cecotto, who made the most of a slick pass on Dillmann following a Safety Car restart, caused by contact involving Alfonso Celis and Egor Orudzhev.

Dillmann has opened up a 14 point lead in the championship ahead of its trip to Spa from May 21-22. 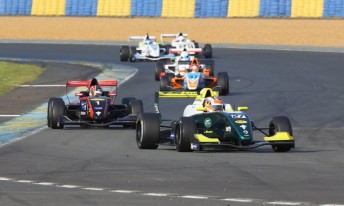 Peroni kicked off the weekend with a second place finish behind Oscar Arcila in Race 1 before controversy surrounded Race 2.

The field started the race on wet tyres but the front runners including Peroni elected to pit after the warm up lap to change to slicks.

The rules prevent drivers changing tyres at this period of the race which saw his TS Corse team chose not to change tyres and contravene the rules.

While others changed tyres, Peroni on wets battled through to finish 10th. He bounced back to take a victory in Race 3 from Arcila.

Peroni leads the standings by seven points currently although it is not clear whether results from Race 2 will stand amid protests.

The third round of the Challenge Monoplace series takes place on May 20-22 at Paul Ricard. 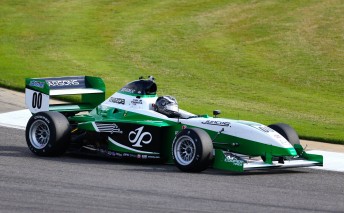 Jake Parsons endured a difficult weekend in the second round of the Pro Mazda Series by recording a pair of retirements from the two races at Barber Motorsports Park.

The Sydney-based driver exited the opening race when contact early in the race damaged a component on the car.

Parsons started from sixth in Race 2 but opening lap contact with Malaysian Weiron Tan ended his race. The latter was pitched into a roll at Turn 4 but emerged from the incident unscathed.

Patricio O’Ward won both races to jump to the top of the standings ahead of next month’s visit to Indianapolis (May 12-14). 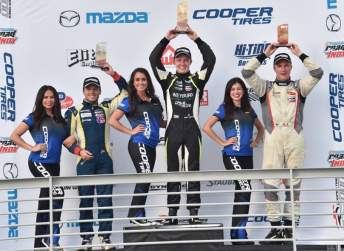 Victor Franzoni finished second ahead of the Western Australian duo of Luke Gabin and Anthony Martin.

The pair starred in Race 2 with Gabin coming home in second while Martin was fourth.

Meanwhile, Lloyd had been involved in a battle with the lead group before suffering contact with Franzoni, which ended his race prematurely.

Lloyd has dropped to third in the championship with Thompson now leading Gabin by 11 points.

The championship heads to Indianapolis from May 12-14 for the third round. Bathurst 12 Hour winner Alvaro Parente and Michael Cooper were victorious in the latest round of the Pirelli World Challenge at Barber Motorsports Park.

Following his win at Long Beach, Parente produced a strong drive in the K-PAX Racing McLaren to take the win in Race 1 from early leader Cooper in the factory Cadillac, with Johnny O’Connell in third.

Australia’s James Davison leapt from eighth on the grid to finish fourth at the flag.

Cooper made the most of a an early move on Parente to set up victory in Race 2.

The Cadillac driver led Parente home for a reverse of Race 1 with O’Connell completing the podium.

Davison ended his weekend with another top 10 finish as he guided his Nissan GT-R GT3 home in ninth.

Australian Scott Andrews finished second in the opening round of the American Endurance Racing Series at Watkins Glen.

The Victorian driver joined the FP Werke squad for the gruelling nine hour race which saw the Aussie take the chequered flag behind the wheel of BMW 3 series.

However, a timing issue saw him and the team demoted to second spot after the race.

Next Story F1 winning Brawn car to star at Goodwood