POLL: Which V8 driver will shine at Rennsport? 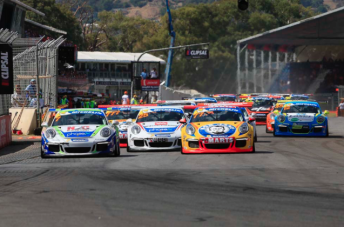 Bragging rights will be on the line during the Carrera Cup Australia’s Rennsport Pro-Am round with seven V8 Supercars drivers joining the battle.

The former four are all Carrera Cup Australia rookies, although the well travelled Van Gisbergen has raced various Porsches in the past, campaigning a GTLM-spec 911 as recently as January’s Daytona 24 Hour.

Slade is meanwhile a regular at the Carrera Cup Pro-Am event, lining up for his fourth consecutive appearance this year.

Reynolds and Percat however boast by far the most Porsche experience, having previously raced in the category full-time.

The former raced in the class from 2005, scooping the championship in his third year before moving to V8 Supercars.

While the Pro-Am format leaves the co-drivers as major variables in the races, the qualifying battle between the V8 stars is set to be one of the highlights of the weekend.

This week’s Pirtek Poll asks: Who will be the fastest of the V8 drivers in qualifying at Rennsport?

Next Story POLL: Will Rosberg go on to claim the F1 title?