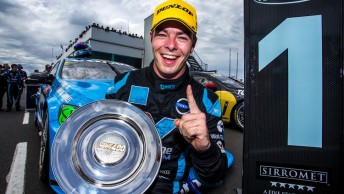 Volvo V8 Supercars star Scott McLaughlin will contest a one-off round of the Scandinavian Touring Car Championship this weekend.

The New Zealander has been called up by the STCC Volvo squad Polestar Cyan Racing to replace regular driver Prince Carl Philip for the opening round of the championship at Skövde, Sweden (April 30- May 1).

Philip is unable to drive the third Polestar Cyan Racing S60 due to the 70th birthday of his father King Carl XVI Gustaf, as well as having become a father himself in the past week.

McLaughlin, who dominated the last V8 Supercars round at Phillip Island, had been linked to the drive having abandoned commitments to race alongside Stephen Grove at this weekend’s Rennsport Porsche festival. 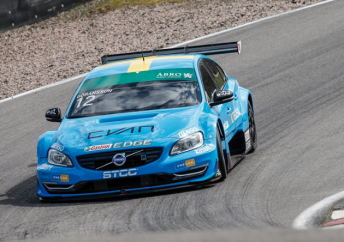 The STCC version of the Volvo S60

The drive will see the 22-year-old link up with former GRM team-mate Robert Dahlgren, who also competes for the Volvo squad.

”I am looking forward to go to Sweden again for my second visit, this time I will be driving a race car which is exactly what I want to do,” said McLaughlin.

”I am just looking forward to the challenge and will try to do a good job for the prince of Sweden who I am subbing in for.

“I am really excited to join my old team-mate Robert Dahlgren in the STCC with Polestar Cyan Racing.

“Hopefully we will come away with a podium, that would be great.”

”Warm congratulations from all of us at Polestar Cyan Racing to Prince Carl Philip and while we are sorry to miss him for the first race, Scott is a young and promising racing talent who has done a great job in Australia,” said Schedvin.

“We are delighted to have him with us for the first race and he will certainly face a tough challenge with so limited time in the STCC car, but we are confident in his abilities to adapt.”

Polestar Cyan Racing has confirmed that Philip will return for the second round of the championship at Mantorp Park.