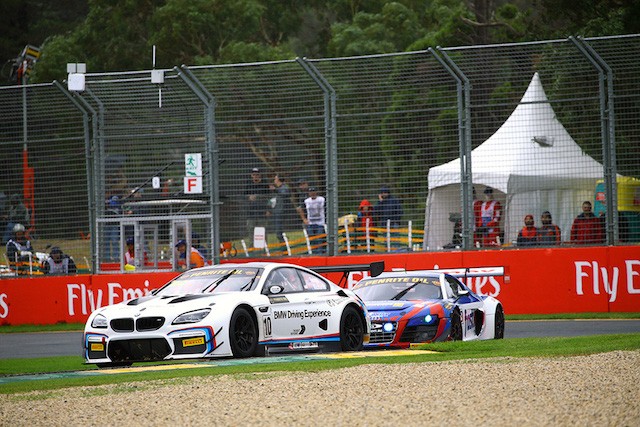 Steve Richards is considering an option to use Sepang as a lead-up to the Bathurst 12 hour, finances permitting

Steve Richards has not abandoned the option of using Sepang’s endurance race as a searching lead-up to next year’s Bathurst 12 Hour.

While the focus is firmly on Bathurst from February 3-5 next year, Richards is continuing to iron out bugs with the muscular Munich coupe in the Australian GT Sprint and Endurance Championships.

“In an ideal world, in preparation for the 12 Hour, I’d like to take our car and team to do that race (Sepang),” Richards told Speedcafe.com.

“Right now it won’t happen unless we have additional funding.

“We are maxed out now. What we’ve committed to is what we’ve got.

“If we raise some more revenue then it’s definitely on the list of things to do.

“For me it’s the ultimate way to practice for what’s coming up in February.

Richards says that if there is a chance that the Sepang mission becomes financially viable, then a decision does not need to be made until as late as September.

“We’d have to know at the latest really in August or maybe September where we sit with Sepang to start planning for that,” Richards explained.

“The focus honestly is Australia and New Zealand GT.

“But the reality is none of that is going to interfere with preparation for the 12 Hour next year.”

The M6 has been compromised by high temperatures at its only appearances at Clipsal and the Grand Prix.

“The high ambient temperatures were something that the car hadn’t been run in,” Richards said.

“We’ve had a few little dramas that we’re working through but the platform and the basis of the car is capable of doing everything we need to get results.”

Speedcafe.com understandings that a second M6 could make the grid for the third round of the Australian GT Sprint Championship at Barbagallo from May 6-8.

However it will be run independently and not run out of the Team BMW SRM operation.