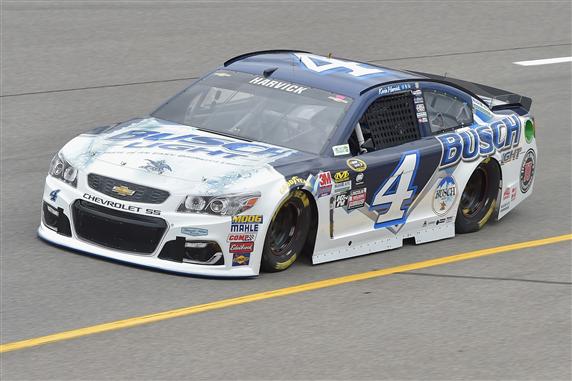 Kevin Harvick’s fastest time in practice has seen him earn pole position at Richmond after qualifying was rained out.

With rain threatening, all teams put an extra effort into Friday morning’s opening practice with Harvick quickest from Joey Logano.

Although Harvick is the points leader, his qualifying average of 11th in the time trials has seen him have to work to the front in the races.

“We had decided to come into the weekend and approach qualifying a little bit different, with just the way the race tracks have been and the timing of the practices,” said Harvick.

“We decided to go and take advantage of being the first car on the race track, which is usually a big advantage here when the track is green and doesn’t have a lot of rubber on it.

“It worked out today. It’s going to be interesting just for the fact that, the second and third times out, the times weren’t near what the first time was because the tyres fall off — which is great.”

Tony Stewart, who is making his return to the Sprint Cup after injury, will start from 18th.

Cole Whitt failed to make the 40-car field as he was slowest of the cars that needed to qualify on time in the practice session.

* Cars required to qualify on speed