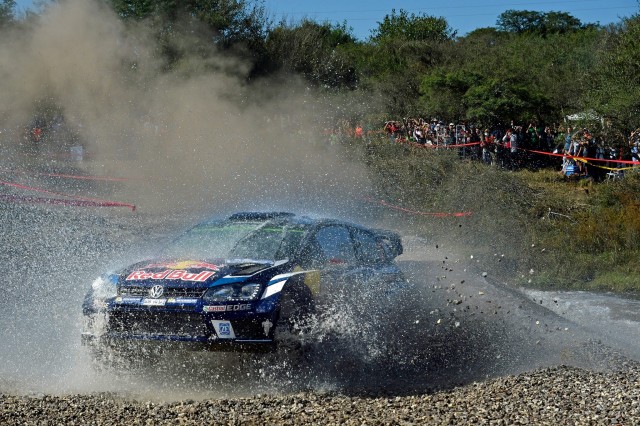 Jari-Matti Latvala has edged ahead at Rally Argentina, while fast Kiwi Hayden Paddon has kept in touch with the lead ending the day in third.

In a three-way battle, that also included world champion Sebastien Ogier, Latvala finished the opening leg around Cordoba with a 7.9-sec lead from his Volkswagen team-mate, while the Hyundai of Paddon sits just 3.5s further back.

“It’s been a very good day with no really big mistakes,” said Latvala.

“A couple of small ones, but that’s part of the game when you’re fighting hard. It was my plan to take this morning’s first stage steadily because it was the roughest.

“It isn’t one of my favourites and second time through there were many impacts in the ruts, so I was careful not to push too much again.”

Paddon took a stage win, to give him 11 for his career and equals that of the late great Possum Bourne in WRC competition.

“We’ve just been going at our own pace,” said Paddon.

“The driving’s been a bit untidy and I’m making too many mistakes, but the speed’s good.

“The car’s really good in the fast sections and we’ll just try and continue like this. We’ll keep doing our own rally and keep the pressure on.”

As good as it was for Paddon, his Hyundai team-mate Thierry Neuville sits back in 10th after he lost time due to an electrical issue and his own admission of a lack of confidence.

The afternoon stages claimed Lorenzo Bertelli, who retired with power issues late in the day, while Ott Tanak failed to make the afternoon’s running due to alternator problems. Paddon is well and truly in the fight for the win