Home » News » Bikes » Price withdraws from Qatar with back injury

Price withdraws from Qatar with back injury 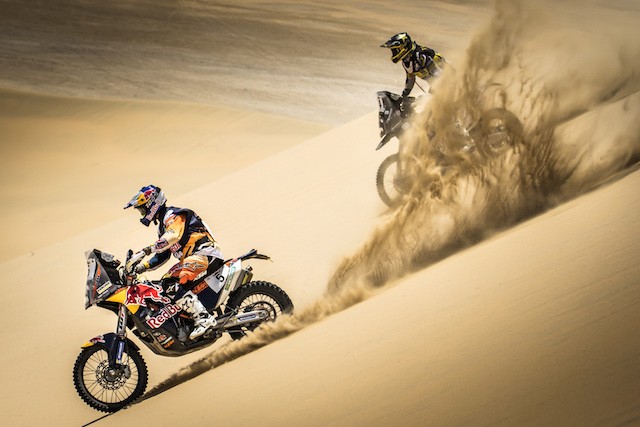 Australia’s Dakar hero Toby Price has been forced to abandon his effort in the Sealine Cross Country Rally in Qatar.

Price was at at the top of the provisional standings before excruciating back pain that has emanated from a slipped disc in his back forced him to pull out.

“After my problems in Stage 1 I had a CT scan and found out I slipped a disc in my back and touched my nerves on the left side,” Price explained.

“It’s never the best to pull out of races half way around the world when the team puts in so much effort, time and money.

“But pulling out of the event is hopefully going to be a smarter option for long term.

“The team I have are the best and told me it’s not worth it and shows they put safety first (second time I’ve had to stop a race). It blows me away that everything they do, they are still on my side and say call it quits in bad times.

“I can’t thank them enough for this as otherwise I would’ve been pulling a helmet on and possibly making this worse.

“I want to be here for a long time, not a short time. A slipped disc is not fun.”

The New South Welshman recently took a solid victory in the Abu Dhabi Desert Challenge which was the opening leg of the FIM Cross Country Rallies Championship.