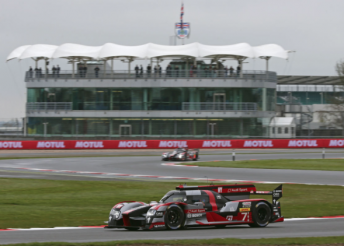 Audi has decided not to appeal its exclusion from the opening round of the World Endurance Championship at Silverstone.

The German marque’s #7 entry, driven by Marcel Fassler, Andre Lotterer and Benoit Treluyer was stripped of victory after its skid block was found to have breached championship rules in a post race scrutineering check.

Officials measured the wear of the skid block to be more than the 5mm permitted in the LMP1 regulations.

The manufacturer attributed the excessive wear to unexpected ‘heavy bouncing’ of its car during the race.

Audi had shown its intent to appeal the decision but had now elected to abandon its efforts.

“We accept the exclusion from the classification and, in the interest of the sport, jointly look ahead,” said Audi boss Wolfgang Ullrich.

“It it is our job to avoid increased wear – we accept this responsibility.

“We made our decision in the interest of the sport and hope that the eight remaining world championship rounds will be similarly thrilling as the season opener.”

As a result, Porsche will keep the victory its #2 entry of Neel Jani, Marc Lieb and Romain Dumas inherited.