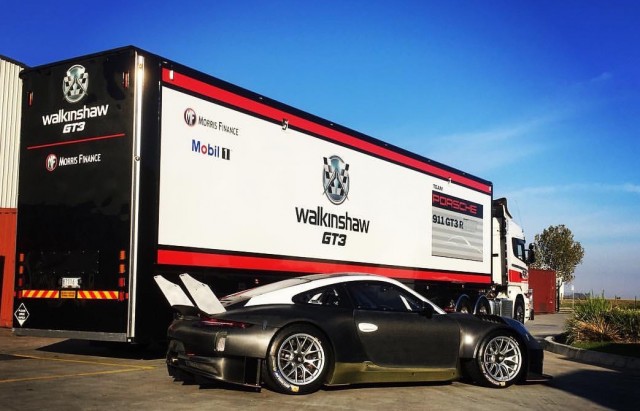 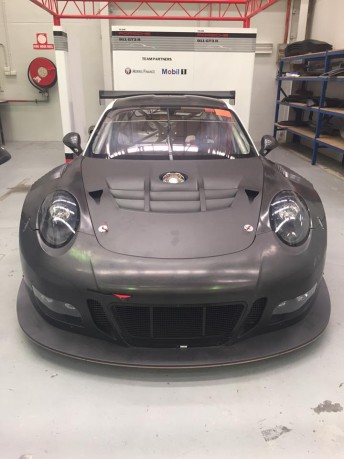 Walkinshaw Racing has taken delivery of the Porsche 911 GT3R it will campaign in the Australian GT Championship.

The Melbourne operation collected Porsche’s latest weapon on Monday with the car set to make its competition debut at Barbagallo Raceway from May 6-8.

The example is the first to be imported to Australia.

Padayachee has been confirmed to compete in the four-round Australian Endurance Championship only.

While Perth is slated for the GT3R’s race debut, the car is set to complete demonstration laps at the Rennsport Porsche Festival (April 30- May 1) in what will be its first public appearance.

The Walkinshaw squad is due to undertake a shakedown test at Winton prior to the event.

“Porsche would like to see it there and it is the only one of its kind in this part of the world,” Burgess told Speedcafe.com.

“Porsche have been very supportive of us and we want to be supportive to them so we have made it available for the event.”

Meanwhile, Walkinshaw is yet to reveal the identity of its second driver to campaign the car alongside Martin in the sprint series.

Burgess says discussions have been held with several drivers although there is no rush to fill the position.

He also revealed that endurance co-driver Padayachee could jump behind the wheel of the car for its Perth opener alongside Martin if required.

“We still haven’t tied anything up there,” added Burgess.

“We have already got two drivers signed up, so we won’t be short of drivers if we don’t do any deals between now and Perth. It won’t be the end of the world.

“He (Duvashen) is coming along anyway. He will be there whether he is in the car or not.

“The focus is making sure it is prepared properly.”