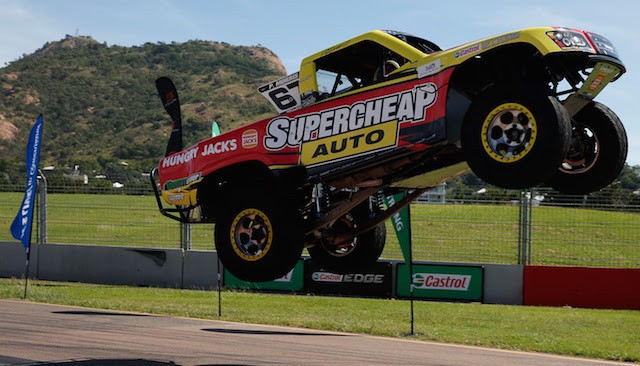 The Stadium Super Truck will be in action in Townsville

The American-based Stadium Super Trucks have been added to a bumper support bill for the Castrol Edge Townsville 400 from July 8-10.

It will be the first time the high flying trucks, which run thumping modified LS7 V8 engines, have been seen at the Reid Park circuit in the North Queensland city.

V8 Supercars Managing Director Matt Braid said the Super Trucks will help stamp Townsville as the best event since it was inaugurated in 2009.

“From the Stadium Super Trucks and the Saturday night concert to the Disney Zone for our younger fans, we have everyone covered,” Braid said.

The addition of the Super Trucks to the event co-incides with the 150th anniversary of the area being declared a municipality.

“In our 150th year, it’s appropriate that it looks like this year could be the best one yet,” Townsville mayor Jenny Hill said.

“The event has always been very well supported by Townsville residents, and brings a huge influx of visitors and offers a fantastic boost to the local economy.”

General admission trackside tickets for the event start at $46.