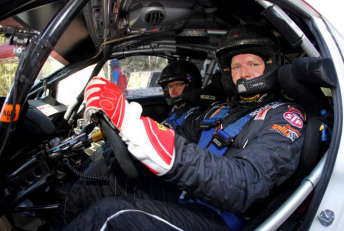 After taking the plunge in selected WRC2 events last year, Pedder and co-driver Dale Moscatt have chosen a five-event program ending with Rally Australia from November 17-20 at Coffs Harbour.

After campaigning a Ford Fiesta R5 at Rally Australia last year, the pair will switch to a Skoda Fabia R5 this season which will be run by the WRC2 champion team AutoTek Motorsport.

“Our plan is to undertake two solid days of testing before our first event together. I really learnt last year the value of time in these cars, they are incredibly tuneable and it’s important to get the right feel before the first stage starts,” Pedder said.

“The R5 cars are incredible but they can be very finicky. The two days of testing before Portugal this year should really help me find that feeling again in the Skoda and be in the best shape to tackle the event.

“Having the knowledge of the stages and events from last year is also a huge advantage.”

AutoTek Motorsport team principal Ken Skidmore said: “We know that Scott is relatively new to the WRC but believe that with the experience our team has, the speed and determination Scott showed last year, that a few surprises are on the cards this year for the WRC2 regulars.”

Pedder and Moscatt will once again tackle a core program of three European events, including Portugal, Poland and Finland, before undertaking the tarmac round in China ahead of the Coffs event.

The WRC2 series has also seen a major technical change for 2016 with the Regional Rally Cars (RRC) being throttled back further with a smaller 28mm turbo restrictor.

A number of top WRC2 runners will be missing in 2016 which includes Nasser Al-Attiyah committed to his pistol shooting at the Rio Olympics while Yazeed Al-Rahji has moved to the outright class.

Skoda is fielding a pair of factory backed Fabia’s for Esapekka Lappi and Pontus Tidemand, former M-Sport WRC driver Elfyn Evans in a Fiesta R5, as well as R5 entries for Armin Kremer, Julien Maurin, young Finn Teemu Suninen, as well as Abdulaziz Al-Kuwari and a host of other experienced drivers.