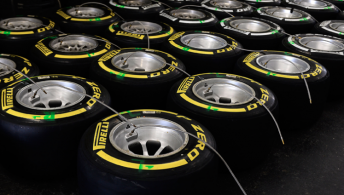 Pirelli has received clearance for it new test plan

Following approval by the F1 Commission, the Italian tyre manufacturer has now been granted 25 test days to evaluate its new wider tyres, which will form part of the sport’s 2017 regulations.

Pirelli will be able to test its new rubber on current F1 cars this year as it bids to ensure its tyres will be up to scratch for next year.

Articles 10.2 and 10.6 of F1’s sporting regulations relating to tyre testing have now been amended.

“The further testing was deemed to be essential for the purpose of developing the new tyre sizes permitted by the 2017 F1 Technical Regulations,” read a statement from the FIA.