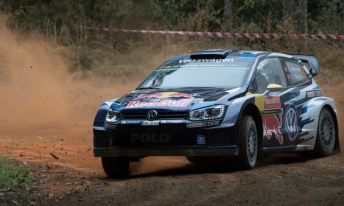 Rally Australia officials remain confident the event will go ahead in Coffs Harbour this year despite the city council voting to withdraw its sponsorship.

The future of the Australian round of the WRC has been cast into doubt following last week’s four-to-two vote against a continuation of its significant funding towards the event, held annually in the city since 2013.

The decision stems from a conflict of interest between the council and Rally Australia, with the former’s manager also holding a board member role at Rally Australia Pty Ltd.

Rally Australia’s senior executive officer Wayne Kenny says the event, which is scheduled to host the final round of the championship from November 18-20, will take place in Coffs Harbour.

“If they don’t pass it (the rescission motion), then we’ll approach what we need to do after it happens. Currently, we have no worries about the event going ahead one way or another,” Kenny told the Coffs Harbour Advocate.

“The rally will be running in Coffs Harbour in 2016 no matter what.”

A motion to reverse the sponsorship decision has since been passed with the matter to be debated in a council meeting on April 28.

Rally Australia issued a lengthy statement in response to the council’s decision yesterday stating that if the event could be forced to seek a new location if the decision is not reversed.

It also claimed the event the brings $13.8 million annually to the city’s local economy.