Teams are set for a heavy dependency on super-soft rubber at the Russian Grand Prix following Pirelli’s release of the tyre selections.

Pirelli has once again made the medium, soft and super-soft compounds available for the visit to the Sochi Autodrome (April 30-May 1), with latter the tyre of choice.

For the first time this season all team-mates will run with the same tyre selections.

Mercedes has opted for eight sets of super-softs, four sets of softs and a solitary set of mediums for Nico Rosberg and Lewis Hamilton, while Ferrari has chosen an even split of six sets between the soft and super-soft compounds.

Red Bull along with Haas F1 have selected the most radical of strategies with 10 sets of super-soft tyres.

All the teams except Manor have plumped for one set of medium compound tyres. 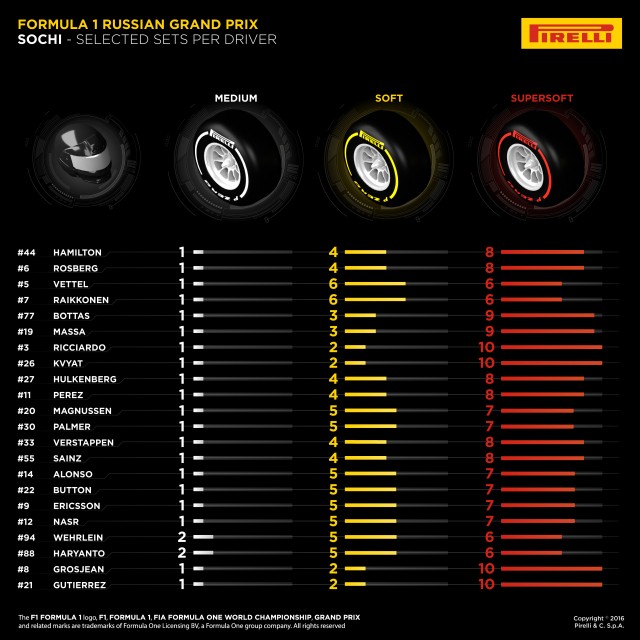