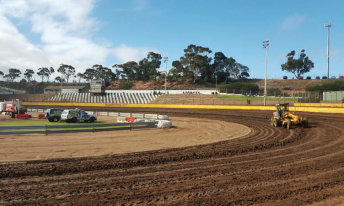 The Ultimate Sprintcar Championship will expand to four venues next season with South Australia’s Murray Bridge Speedway set to join the schedule.

The move arrives after the promoter of Sydney’s Valvoline Raceway and Toowoomba’s Hi-Tec Oils Speedway acquired the lease for the venue.

In an unprecedented move for the track, 45 minutes from Adelaide, 300 members of the Murray Bridge Sporting Car Club and Motorcycle Club voted to hand the lease to Made Too Go Pty Ltd – the owners of the Ultimate Sprintcar Championship.

The announcement signals a new era for the tight bullring track and is a massive boost for South Australian Speedway.

It will see the second stanza of the USC conducted on four tracks – Sydney, Toowoomba, Warrnambool and now Murray Bridge.

“This is not only a wonderful opportunity for Murray Bridge Speedway to enjoy a new level of operational clout, from marketing to track infrastructure, it’s also fantastic news for South Australian sport in general,” said Steven Green – Managing Director of Valvoline Raceway.

Track improvements, including the installation of a fibre optic network to support the popular Clay-Per-View online streaming and broadcast system, are planned as part of the revitalisation of the track.

The club and its members and volunteers will continue to work closely with the new promotional team – who will take control from May 1.