Coffs Harbour WRC round in jeopardy

Coffs Harbour WRC round in jeopardy 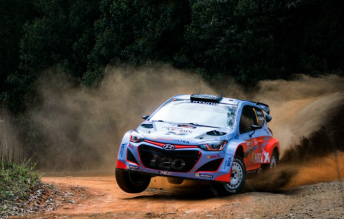 Rally Australia has warned it may need to seek a new location if the decision of the Coffs Harbour City Council to pull its sponsorship is not reversed.

Last week the Coffs Harbour council voted four-to-two in favour of withdrawing its significant financial support for the WRC event, held annually in the New South Wales city since 2013.

A conflict of interest was cited for the vote against a continuation of the sponsorship arrangement with the council’s general manager also a board member at Rally Australia Pty Ltd.

The decision has come as a shock to many including Coffs Harbour’s Chamber of Commerce with the event contributing millions of dollars to the economy and gaining traction within the community each year.

Chamber of Commerce leader George Cecato has called for the resignations of the councillors who voted to withdraw the sponsorship.

The matter is now to be debated at a council meeting on April 28 after a rescission (unwinding a contract) motion has been filed by Councillor Keith Rhoades.

In an interview with local Coffs Harbour radio station 2CS FM, city mayor Denise Knight declared at this stage the event is ‘considered off’ until the council meets in two weeks time.

“We cannot take any action to prepare for rally, or meet for rally, or do anything, so for the moment it is considered off”,” said Knight.

Rally Australia has since responded to the news by issuing a lengthy statement clarifying the benefits the event brings to the city, which includes an annual $13.8 million boost to the economy.

The statement also outlines that the future of the event could be hanging in the balance if sponsorship is withdrawn.

“Rally Australia acknowledges and respects the due process involved in decisions of the Coffs Harbour City Council, but views with great concern the vote by members last Thursday to not support the FIA World Rally Championship event in 2016 and 2017,” read the statement.

“Such a decision, should it stand after a fresh vote on the issue is taken at the next meeting on 28 April, would deny the city and regional community the substantial benefits of hosting one of the most prestigious motorsport events in the world.

“We believe any responsible decision on the Council’s involvement should not fail to take into account factors such as an overall annual economic benefit calculated at $13.8 million, a direct boost to tourism plus inestimable worldwide tourism promotion and the many local employment opportunities generated by the rally.

“Rally Australia is hopeful that with all nine councillors in attendance and all having a full picture of the very high level of general public and business support that has been expressed since last week’s decision, the meeting on 28 April will vote to continue the involvement that has already been in place over four successful events since 2011.

“It is essential that all parties on the Coffs Coast continue to present a strong appeal to the WRC. The only alternative would be for Rally Australia to find a new home in NSW.”

The remainder of the statement reads:

“The Coffs Coast can be proud of its standing on the world stage. It has distinguished itself by the warmth of its welcome to visitors, especially from overseas.

Rally Australia, which is based in Coffs Harbour and employs local staff and suppliers, has won a reputation as one of the best organised and presented events among the 14 countries visited by the WRC.

“These achievements and the evidence of stable support have ensured Rally Australia and the Coffs Coast a place in the World Rally Championship for 2016 and 2017.

“We have begun negotiations to extend our participation to at least 2020, with the obvious potential for even greater community benefits.