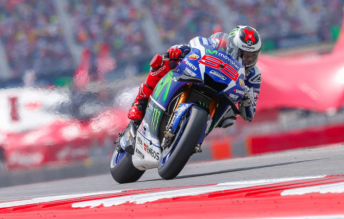 Jorge Lorenzo will leave Yamaha at the end of the season

The three-time world champion has been linked to the Italian manufacturer since the start of the season as he weighed up his future with Yamaha.

Last night Yamaha confirmed that Lorenzo would be leaving the marque, which has delivered him his world titles and 41 race wins.

Swiftly following Yamaha’s announcement, Ducati revealed it had agreed terms with the Spaniard although the exact details of the deal are yet to be known.

Ducati sporting director Paolo Ciabatti said it was not difficult to lure Lorenzo away from Yamaha, where he has spent his entire premier class career since joining the category in 2008.

“Clearly, this year all the contracts of the top riders were expiring, and with Lorenzo there had been a tentative approach some time ago,” Ciabatti told Sky Italia.

“Like in all these cases, it was quite a complex negotiation process, but we managed to then reach an agreement fairly quickly.

“I believe in the strength of our bike, which this year has demonstrated itself to be very competitive, paving the way for this agreement.”

It is not yet clear who will partner Lorenzo at Ducati with its current riders Andrea Iannone and Andrea Dovizioso out of contract at the end of the season.