BMW could launch an assault on the renowned Targa Tasmania tarmac rally next year with the newest member of its celebrated performance range.

Interest in a possible entry was sparked when BMW Australia entered a fleet of M2s in the non-timed Touring section of the 25th Targa rally which ended last Saturday.

The M2 turned heads from various experienced national gravel and tarmac rally competitors as being dynamically on point as a serious contender in road going specification.

BMW Australia chief executive Marc Werner confirmed that a plunge in the highly technical tarmac test could be evaluated for the BMW Group.

“I drew a lot of positives from the Targa experience and it would be amazing if we could repeat that again with an entry in the competition,” Werner told Speedcafe.com.

“Whether it is Targa next year I couldn’t say at the moment but there is no doubt that this was the perfect arena to launch the newest member of the M family. So watch this space.”

Contemplating a Targa campaign for the M2 would continue a re-ignition for BMW in motorsport alongside its association with the Steve Richards Motorsport team that is campaigning an M6 GT3 in the Australian GT Championship this season.

The muscular coupe was taken through 38 Special Stages of Targa Tasmania in the days leading up to its on-sale date. 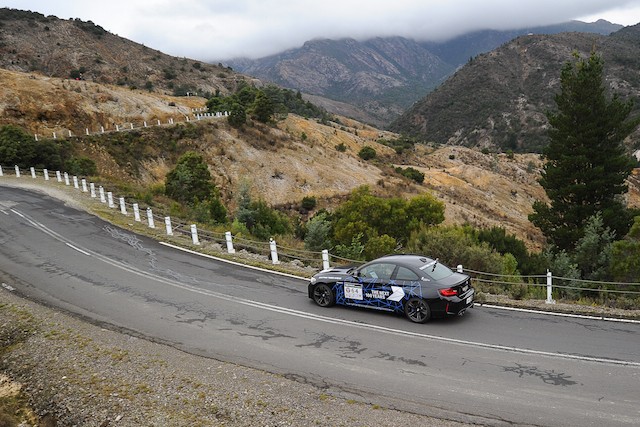 Australia, meanwhile, is a key market for performance BMWs, ranking second in the M world by way of percentage of sales with over 1,000 M cars sold in the company’s total of over 25,000 new car business in 2015.

The M2 engine takes M3 and M4 components and is good for 272kW and 465Nm from the 3litre turbocharged straight six engine.

A highlight of the powerplant is the flat torque curve with maximum twisting power developed from as low as 1,465rpm.

Offered in either a six-speed manual (20-25 percent take up rate) or the 7-speed double clutch sequential, the M2 uses an Active M differential carried over from the M3/M4 with its signature rear-drive layout.

The M2 is shod with low profile Michelin Pilot Super Sport tyres measuring 245/35 ZR up front and 265/35 ZR at the rear.