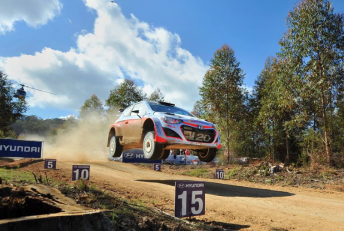 Rally Australia has been hosted at Coffs Harbour annually since 2013

The Coffs Harbour City Council has voted against sponsoring the Australian round of the World Rally Championship held in the New South Wales city.

The council has provided significant financial support to Rally Australia, which has been hosted in Coffs Harbour annually since 2013.

However, last week the council elected to vote four-to-two against a continuation of its sponsorship arrangement of the event, which has moved to a November 18-20 date this year.

A conflict of interest has been cited for the decision with the council general manager also holding a board member role at Rally Australia Pty Ltd.

Coffs Harbour Chamber of Commerce president George Cercato was stunned by the decision with the event bringing millions of dollars to the Coffs Harbour community.

“Think about the message we’re sending to all those people in Europe and Australia.”

Councillor Sally Townley said there were valid reasons why the council voted to end its sponsorship of Rally Australia.

“The motion that was before the council was in three parts,” Cr Townley told the ABC.

“I wasn’t able to vote for that because effectively we were being asked to approve the general manager to execute a deal between the council and Rally Australia Pty Ltd, of which he is a board member.

“Our general manager holds an executive role in both organisations, so I find that the transfer of money between those organisations creates a conflict.”

The ABC also reports that Councillor Keith Rhoades, who was among those in favour of supporting the event, has filed a rescission motion to the 2016 sponsorship decision.

This is due to be debated in a council meeting later this month.