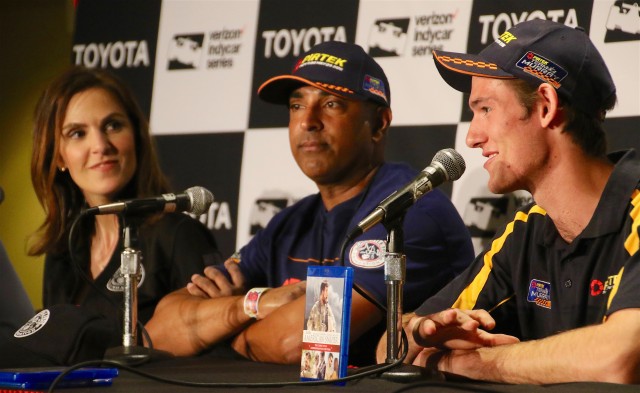 Pirtek Team Murray has announced the latest member of its crew to tackle the Tag Heuer Indianapolis 500 pit stop challenge next month.

Sonny Saghera has been enlisted to join the crew, which features a group of six former military service veterans and first responders, as part of a collaboration between Pirtek Team Murray and the Chris Kyle Frog Foundation.

Dubbed ‘CK Crew’, the program has been backed by Warner Bros. Home Entertainment, which will use the IndyCar team to promote the Blu-Ray release of the American Sniper movie.

The crew, who have never undertaken a pit stop before, will train for 10 days in the lead up to the competition on May 27.

All six crew members and their supporters will then be involved in the Indy 500 event as guests of Pirtek Team Murray, which will utilise a professional KV Racing pit crew for the iconic race itself on May 29.

Saghera is the Captain of Heartland Fire & Rescue – La Mesa near San Diego boasting 17 years of service to the Californian community.

He will join former Navy SEAL David Rutherford who was confirmed as the first crew member at IndyCar’s season opener at St Petersburg.

“I have been following the development of Pirtek Team Murray and the involvement of the Chris Kyle Frog Foundation and Taya for some time, so when this opportunity came up, I was very quick to say yes,” said Saghera.

“The Indy 500 is an event that many people dream of attending, but to come together in a new type of team, a new environment, learning new skills – but drawing on the training that we’ve all had at varying levels throughout our careers – is incredibly exciting.”

Pirtek Team Murray driver Brabham says he hopes to draw from the life experiences of the CK pit stop crew as he embarks upon his biggest challenge of his career at the Indianapolis 500.

“Meeting guys like Dave and now Sonny has added something completely new to the Pirtek Team Murray experience for me,” said Brabham.

“I’m very fortunate that I can draw upon their experiences to help me prepare for this – which is the greatest challenge I have ever faced.”

Brabham will jump behind the wheel of the Pirtek Team Murray entry at the Angie’s List Indianapolis Grand Prix on May 14 before the showpiece Indy 500. 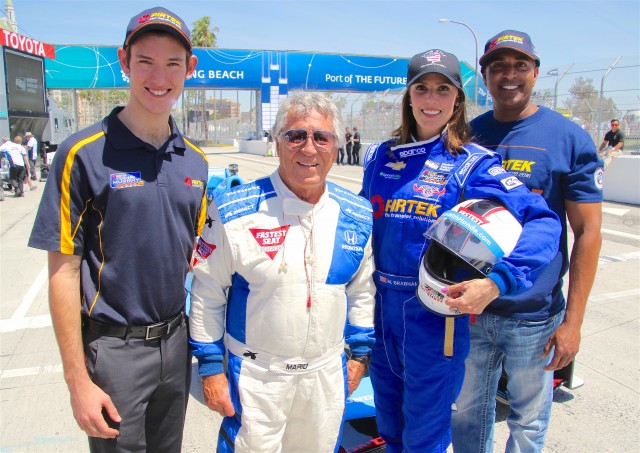 “The First Responders of America do such a wonderful job in protecting and saving lives – firemen like Captain Saghera are instrumental in their local communities,” said Kyle.

The widow of former Navy SEAL Chris, whose life was recently made into a feature film titled American Sniper, will act as the honorary starter of the 42nd Grand Prix of Long Beach on Sunday.

In the lead up to the event she undertook a lap of the circuit in a two seater IndyCar driven by the legendary Mario Andretti.