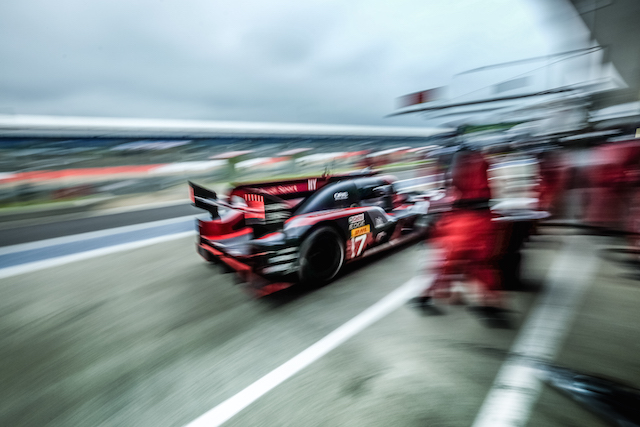 Audi has rocked Porsche by springing to a one-two result in qualifying for the opening round of the World Endurance Championship.

On a drying Silverstone track which followed a snow storm that had forced the cancellation of final practice, the #7 R18 e-tron quattro landed pole from its #8 stablemate.

Andre Lotterer and Marcel Fassler combined for a two-lap average of 1:53.20s in the 20-minute session to realise the end of Porsche’s domination in qualifying.

The reigning champion #1 919 at the hands of Mark Webber and Brendon Hartley finished almost a full second slower than the Audi and will start from third ahead of the #2 Porsche shared by Neel Jani and Romain Dumas in qualifying.

Klaus Bachler, substituting for Patrick Long, and Khaled Al Qubaisi were on pole for Abu Dhabi Proton Racing in GTE Am in their Porsche 911 RSR.

Next Story Audi wins as #1 Porsche crashes in WEC opener