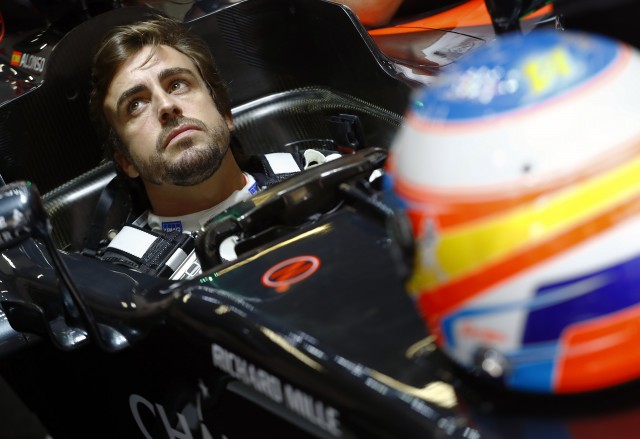 Fernando Alonso has admitted to suffering pain from his injuries but maintains he is fit enough to race in this weekend’s Chinese Grand Prix.

The McLaren driver was given the all-clear to return to the cockpit for the third round of the championship after coming through a second medical examination following Friday’s opening practice session.

Alonso was ruled out of the Bahrain Grand Prix two weeks ago after suffering a fractured rib and a lung injury from a spectacular crash during the Australian Grand Prix.

Although happy to return to competitive action this weekend, the double world champion says his injuries will require careful management throughout the weekend.

“There is still a little bit of pain because the rib is not completely recovered. The ribs are still a bit fractured but that is normal.

“It’s also a circuit with a lot of long right corners, which is not a good combination.

“But it’s manageable, the pain, and there is not other risk this time to be in the car so that is the positive thing.

“It’s quite okay. With the seats and the comfort we have we are quite tight now, so you are in this perfect shape of your body, that’s the best thing.”

Alonso, who ended Friday practice in 12th position, will now gear up for qualifying which is scheduled to begin at 1700 AEST.