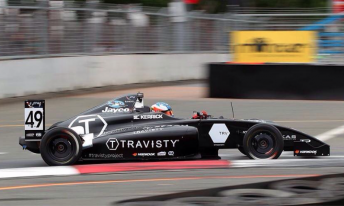 DREAM Motorsport will return to the CAMS Jayco Australian Formula 4 Championship at Phillip Island this weekend.

The Melbourne operation will run entries for Josh Conroy and Simon Fallon, which will see the grid expand to 10 cars for the second round of the junior single seater series.

Conroy will run with the team after making his F4 debut with AGI Sport at Symmons Plains two weeks ago, with the former Radical racer set to pilot the car Thomas Randle drove to second in the championship last year.

The New South Wales driver tested the car in a private test at Wodonga this week.

“We came out of Tasmania a bit more ahead than where we started because we had never been in the car before the Thursday.”

The second entry will see Fallon make his Formula 4 debut having driven for the team in the Victorian state Formula Ford series.

DREAM Motorsport is yet to confirm plans beyond Phillip Island but the squad is hoping to run four cars this year.