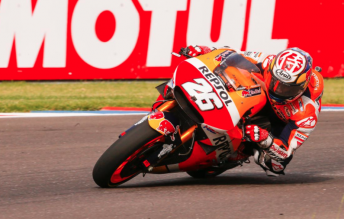 The winglet protrusions fitted to the front fairing have been adopted by Yamaha and Honda this season following Ducati, which introduced the concept last year.

The aerodynamic additions have proved to be a hot topic among the riders with their appearance and safety questioned.

While rules stipulate winglets must have rounded edges, Honda’s Dani Pedrosa is concerned injuries will be caused by the aerodynamic components unless action is taken. 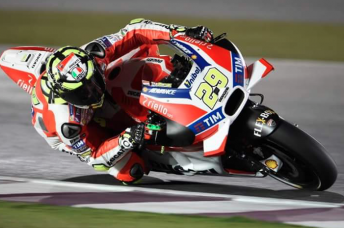 Ducati introduced the winglet during the 2015 campaign

The Spaniard admitted that he was lucky his bike’s winglet avoided inflicting injury to Andrea Dovizioso, who was collected by the Honda man in a crash at the Circuit of the Americas last Sunday.

“Luckily (Dovizioso) is fine, because the impact was very hard, and luckily my winglets are not too big,” said Pedrosa.

“My personal opinion is that we have to put an end to the winglets for safety reasons.

“If it can break that, it could be much worse if it hits a body.

“This has to be stopped for safety reasons, because the wings are very big and they have a very nasty profile.”

Winglets have already been banned from Moto2 with Moto3 set to outlaw the components from the start of the 2017 season.

Previous Story Miller to remain in America for injury rehab