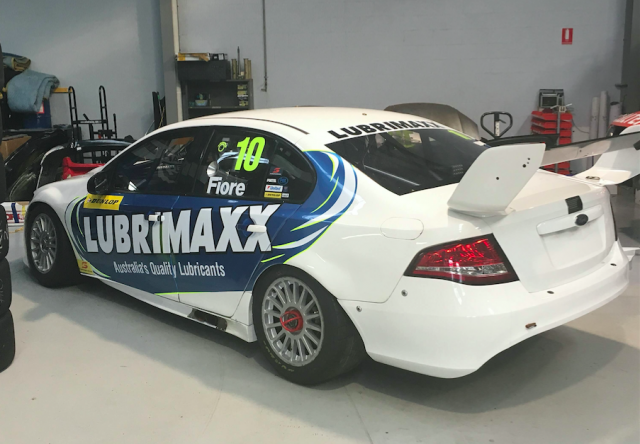 The #10 Ford will run in the colours of Lubrimaxx

Image is currently without a full-time driver for the second of its two ex-Stone Brothers Fords, which was campaigned by Steve Owen at the Adelaide season opener last month.

Fiore, who had been set to spend the weekend at home in Perth before a surprise call from Wyhoon yesterday, made his last one-off Dunlop Series appearance at Barbagallo in 2014.

“Dean helped our drivers out last year with a few tips at Barbagallo and we’ve talked on and off since then,” Wyhoon told Speedcafe.com.

“We didn’t have a driver for this weekend and we started discussions yesterday and had it sorted in five minutes.

“Dean is a good, fun guy and obviously very experienced, so hopefully we can have a good weekend.” 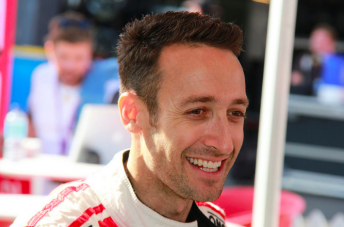 Fiore is competing full-time in the Carrera Cup Australia this season and says he’s eager to return to the wheel of a V8 Supercar.

The deal with Image is currently a one-off, although may continue for Fiore’s home round at Barbagallo next month.

Friday will see the West Australian switch between the Image Ford and Michael Caruso’s Nissan Altima, in which he’ll complete a handful of laps in opening practice.

“I like to jump into anything I can, whenever I can,” Fiore told Speedcafe.com.

“I feel like I’m finally coming to grips with the Porsche and now I just want some more miles with the V8.

“The fact that I’m coming over for the Dunlop Series means I’m now going to do a stint in the Nissan as well, which is handy.

“It’s hard to know how we’ll go, but I told Terry I’ll give it my best shot,” he added.

“Hopefully we can be inside the top 10 at least, but the Dunlop Series is not easy, you have to be on your game to get a result.”

Phillip Island is the second time the Dunlop Series will run with a mix of Car of the Future and previous generation equipment.

Wyhoon hopes that the older cars such as his ex-SBR chassis will be on a more even playing field with the COTF machines than they were in Adelaide.

“I think there’s definitely an advantage with the independent rear end in the Car of the Future at tracks where the cars are bouncing over the kerbs,” said Wyhoon, who also fields an entry for Dan Day.

“That doesn’t apply at the Island, so I honestly think we’ll be closer than what we were in Adelaide.”

The old and new cars scored a win each at Clipsal, with Paul Dumbrell (Eggleston VE) and Garry Jacobson (Prodrive FG X) taking out the respective races.