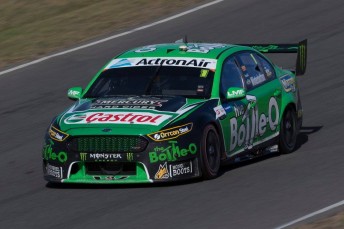 Prodrive must unlock the secret to improving tyre life on its FG X Falcons this weekend if it is to have any chance of snapping its winless streak.

Its Mark Winterbottom and Chaz Mostert driven entries have shown strong qualifying pace across the early stages of the season, combining for three pole positions.

Falcons have in fact taken all five of the Armor All Pole Awards to date, with DJR Team Penske’s Fabian Coulthard and Scott Pye also chalking up one each in Adelaide.

Prodrive remains winless in the 12 races since former driver David Reynolds’ victory at Pukekohe last November, while the most recent success for Winterbottom and Mostert came 18 and 19 races ago respectively.

Winterbottom says he’s encouraged by his car’s recent speed but acknowledges that, despite being run with the hard tyre, the fast and flowing Phillip Island may expose the Ford’s weakness.

The 2015 champion took a pole position at the Victorian venue last November but could not live with the Red Bull Holdens or Scott McLaughlin’s Volvo in the races. 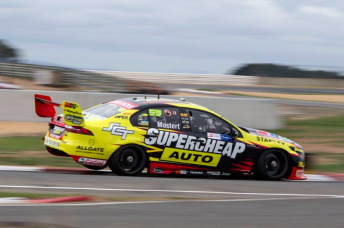 “Our speed is good for one lap, but we’ve got to tune up the race pace,” Winterbottom told Speedcafe.com ahead of the weekend.

“We’re probably getting beaten in the last 10 laps of the stints at the moment.

“That’s about how the car achieves its speed, so there’s a bit to work on because Phillip Island will expose it.

“If we can get on top of that we’re laughing, so it’s pretty exciting.

“One thing will unlock it, we’ve just got to find what it is.”

Winterbottom is hopeful that gains made at Symmons will translate to the Island.

“In Tassie we went on a bit of a different path with my car and it seemed to work quite well,” he said.

“But we had a quick car at Phillip Island last year so we don’t want to slow the car down, we just need to make the tyres last.” 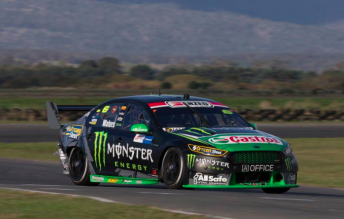 While Mostert missed Phillip Island last year due to injury, Prodrive’s main series rookies Cameron Waters and Chris Pither were both in action at the event, replacing Mostert and Andre Heimgartner respectively.

Waters has impressed during his first forays as a full-timer but dropped to 13th in the championship thanks to engine problems on Sunday in Tasmania.

“I’ve been pretty happy with how I’ve been going so far,” said Waters.

“Most sessions I’ve been inside the top 10 and last year at Phillip Island I was around that mark as well.

“If everything goes ok this weekend we’ll hopefully be a little bit closer inside the top 10 and maybe the top five.”