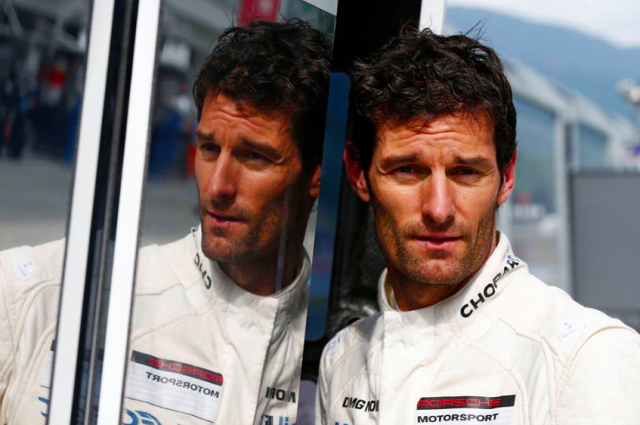 Mark Webber has taken aim at the Le Mans and World Endurance Championship double this season as he prepares for this weekend’s season opener at Silverstone.

The 39-year-old continues with Porsche’s LMP1 program for a third season in 2016, again linking with Kiwi Brendon Hartley and German Timo Bernhard.

The trio led Porsche to a Drivers’ and Manufacturers’ title double last year but face rejuvenated challenges from Toyota and Audi this season.

Toyota has particularly upped its game, exchanging its 3.7 litre V8/super-capacitor combination for a 2.4 litre V6 and battery storage similar to that employed by Porsche and Audi. 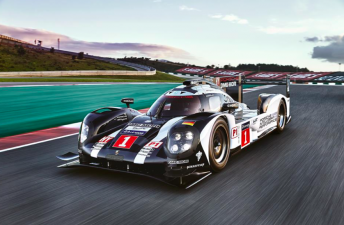 Although fuel restrictions have been put in place to slow the LMP1 machinery this season, the front-running cars all but matched their pace of last year in pre-season testing.

The testing underlined Porsche’s status as favourites to continue their success of 2015, which also netted a Le Mans 24 Hours title with its now defunct third car.

Webber, who won nine grand prix during a 12-year Formula 1 career before switching to the WEC in 2014, says he’s eager to kick-off the new campaign.

“I’m hungry to get the Le Mans victory and go for the double,” said Webber.

“I love working with Timo and Brendon and the spirit at Weissach is strong.

“We know that we have to keep developing the 919 (because) the opposition is coming.

“Toyota and Audi have done a really good job by the looks of it over the winter and it’s all to play for.”

For the manufacturers, launching an outright attack on the Silverstone race must be weighed against preparations for the all important June Le Mans epic.

“It’s going to be interesting to see how the teams tactically do that race because there’s a lot of development still going on in the background getting ready for Le Mans,” said Webber.

“So there’s a little priority spread across the first two short races being Silverstone and Spa.

“Spa is very close to Le Mans in terms of set-up, but Silverstone is sort of sitting on its own a little bit in terms of requirements.

“It’s interesting to see how teams factor in that race, but we want to win it.”