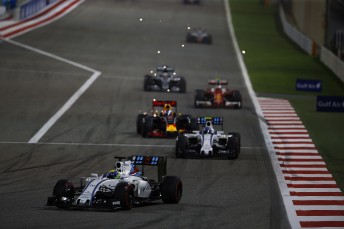 The decision to re-introduce the 2015 Formula 1 qualifying system at this weekend’s Chinese Grand Prix has been officially approved by the FIA World Motor Sport Council.

The move to revert to the old system comes after a unanimous vote from teams last week following the disastrous introduction of the elimination concept used in Australia and Bahrain.

After FIA president Jean Todt and F1 boss Bernie Ecclestone agreed to ditch elimination qualifying, the matter was passed to the World Motor Sport Council for sign off.

The previous qualifying system, first introduced in 2006, will see the slowest six cars eliminated at the end of Q1 and Q2 before a 10 car shootout for pole position.

“The World Motor Sport Council today approved, via e-vote, the decision to revert to last season’s qualification format for the remainder of the 2016 FIA Formula One World Championship,” read a statement from the FIA.

“The format, where the slowest six cars are eliminated at the end of the first two qualifying sessions before a final ten-car shootout for Pole in Q3, will return for this weekend’s Chinese Grand Prix.”

As part of the agreement, teams will evaluate the format of race weekends to assess possible changes for 2017.