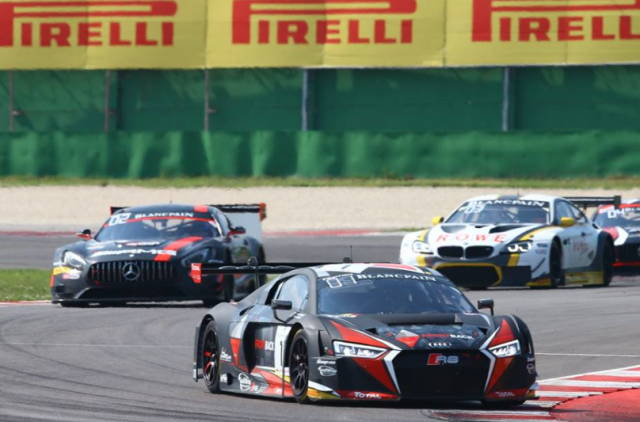 Laurens Vanthoor and Frederic Vervisch combined to win at the opening round of the Blancpain GT Sprint Series at Misano.

The WRT Audi pair leapt into a comfortable early lead courtesy of an impressive stint from Vervisch.

Vanthoor took over the car following the mandatory pit stops with a sizeable advantage, but the Belgian was reeled in during the second half of the race by the HTP Motorsport Mercedes AMG GT of Maxi Buhk.

In the end, Vanthoor took the chequered flag by 1.6s from Buhk as the Rowe Racing BMW M6 GT3 of Philipp Eng and Alexander Sims secured the final spot on the podium.

The M Sport Bentley of Maxime Soulet and Andy Soucek carved its way through the field on a damp track to win the qualifying race on Saturday.

The pair had started from ninth but dropped outside the top 10 in the early stages before staging a fightback.

Eng and Simms followed the Continental GT3 home in second while Vanthoor and Vervisch claimed third.

The Blancpain GT Sprint Series continues at Brands Hatch from May 7-8. 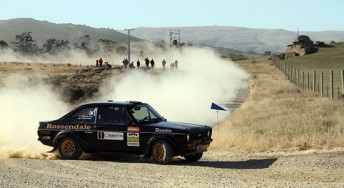 The ex-factory WRC driver saluted by two-and-a-half minutes in a Ford Escort RS1800 co-driven by the experienced Belgian Stephane Prevot.

Martin dominated the rally, clinching 13 of the 17 special stages in a powerful exhibition. 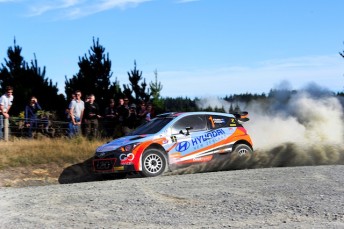 Regan Ross (RS1800) was fourth ahead of Ben Barker in a BMW 320i who held out fellow Australian, the experienced Stewart Reid (RS800) by just seven seconds.

WRC star Hayden Paddon and his regular co-driver John Kennard landed a fifth outright victory at Otago (opening round of the NZ Rally Championship), in their freshly built Asia-Pacific spec Hyundai i20.

The Hyundai pair won by a whopping 9:22.s from Ben Hunt with David Holder third.

“It was pretty much the perfect debut for the new Hyundai,” Paddon said.

“If anything, it probably exceeded my expectations.” 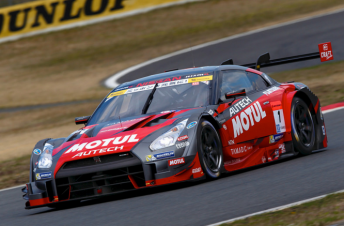 Nissan has claimed first and third in the opening round of the Super GT Championship at Okayama.

“The car felt bullet proof and we had good pace, but there’s much more potential to be unleashed,” Cassidy said.

“We didn’t secure the crucial track position to be front runners this round.

“Okayama is notoriously difficult track to pass on so it was difficult to make up places even though we had speed better than our position, but I’m happy with the result for my debut.”

Super GT continues with Round 2 at Fuji from May 3-4. 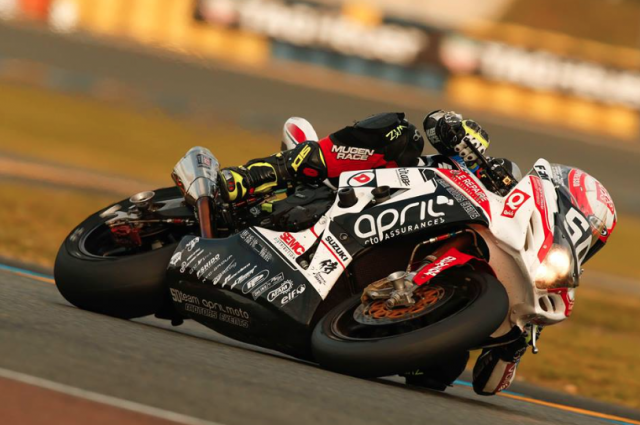 The all French Kawasaki team racked up 819 laps during the gruelling endurance race.

Damian Cudlin was two laps further back as he helped the FCC TSR Honda he was sharing with Kazuma Watanabe, Alan Techer to third. 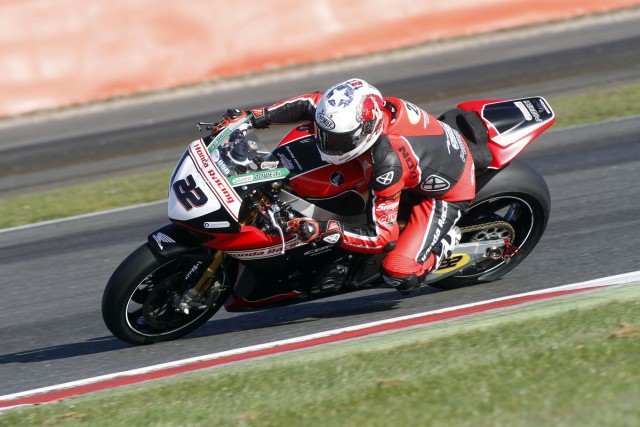 Michael Laverty and Peter Hickman shared the spoils as the British Superbike Championship season kicked off at Silverstone.

Irishman Laverty pipped Shane Byrne in the weekend’s first heat with the Tyco BMW of Christian Iddon in third.

Hickman edged Byrne to victory by 0.99s in the second race ahead off Iddon and O’Halloran as McConnell crashed on the opening lap.

The championship heads to Oulton Park from April 30- May 2.