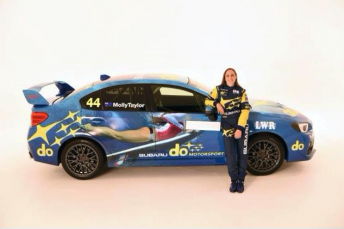 Molly Taylor has completed more than 250km of testing as Subaru makes its long awaited factory return to the national rallying scene.

The Les Walkden Rallying-prepared WRX STi undertook gravel testing outside Launceston ahead of the opening Kumho Tyres Australian Rally Championship round, the Quit Forest Rally in Western Australia from April 22-24.

“We’ve had a great test. It was my first time ever driving a brand new rally car,” Taylor said, who will see Subaru Australia end an 11-year absence from the sport it is intrinsically linked with.

“I felt comfortable in the car and our preparation is going very much in the right direction, as it ran faultlessly for two days.”

Taylor and co-driver Bill Hayes won Heat One of the Forest Rally last year on their way to second overall in the event.

Taylor confirmed that another test has been planned in WA in the week of the event.

Chassis specialist David Potter and Finnish engine guru Arto Lehtonen have been assisting with preparation of the WRX STi.

In the final season for Subaru Rally Team Australia in 2005, Cody Crocker had the perfect start to his season by winning both heats of the Quit Forest Rally.