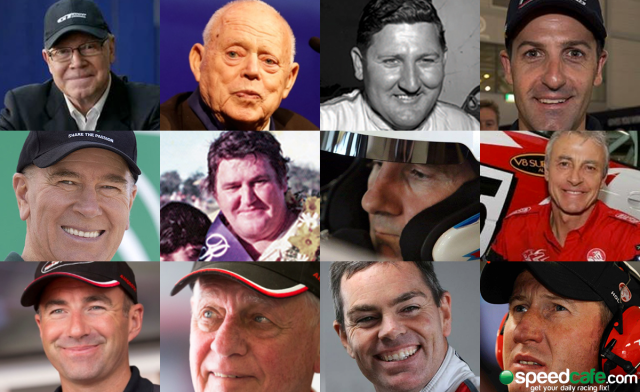 Who is the greatest ATCC/V8SC driver of all time?

This weekend’s WD-40 Phillip Island Super Sprint will mark the 500th event in the history of the Australian Touring Car/V8 Supercars Championship.

To coincide with the milestone, we want to know who you think has been the greatest driver in the championship’s history.

Twenty-three different drivers have won the title since its inception in 1960, while 72 have scored race wins.

Our Pirtek Poll’s shortlist features the elite line-up of 12 to have won multiple titles, which is headed by six-time champion Jamie Whincup.

Read a brief summary of each contender below before casting your vote on the poll at the bottom of the page. 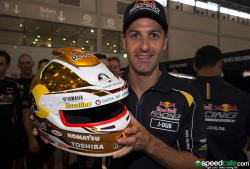 One of two current drivers in our short list, Whincup is statistically the greatest of all time thanks to his six championships.

Each of the 33-year-old’s titles have come with Triple Eight Race Engineering, scoring twice in Fords and four times since the squad’s switch to Holden. 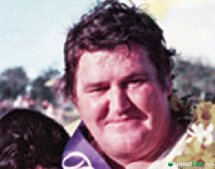 Known for his flamboyant driving style, four of the late Geoghegan’s five titles came while the ATCC was being held over a single race annually.

Achieved his first title aboard a Ford Cortina in 1964 before winning four straight in Mustangs, including three in the legendary GTA. 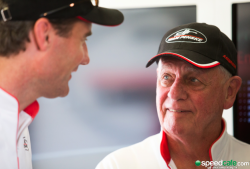 A Queensland folk hero, the laconic Johnson won all five of his titles with his own team, which continues today as DJR Team Penske.

Laid back style and famed Racecam humour belied his tenacity and raw talent, which saw great success in two distinctly different eras of the sport. 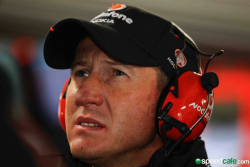 Skaife scooped five titles across stints at the highly successful Gibson Motorsport and Holden Racing Team, including three in a row with the latter’s all-conquering Commodores.

Fiercely determined and competitive, Skaife entered both teams as the second driver behind the highly rated Jim Richards and Craig Lowndes respectively before turning the tide in his favour. 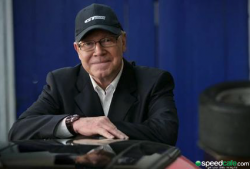 Another hugely dedicated racer, Moffat’s professionalism and commitment to forging a career in the sport set him apart from the pack in his early days in Australia.

Won four titles in the Group C era; three in Ford Falcon hardtops and one in a Mazda RX-7. 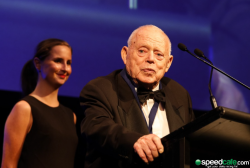 Scored an impressive 10 wins and 21 podiums from just 38 career ATCC starts during a diverse career behind the wheel. 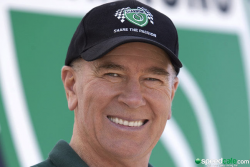 Lauded for his versatility and sublime ability in wet conditions, Richards drove factory entries for BMW, Nissan, Holden and Ford between his first ATCC start in 1976 and last 30 years later.

Won all four of his titles during the Group A era; taking the first pair while with BMW and the latter during a lengthy stint with Gibson Motorsport’s Nissan outfit. 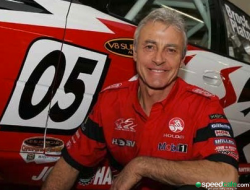 While none of his nine Bathurst or nine Sandown wins counted as part of the ATCC, the late Brock still managed 48 race wins and three titles across his lengthy career.

The sport’s true household name, Brock’s popularity with fans and work to promote the sport set him apart from his peers. 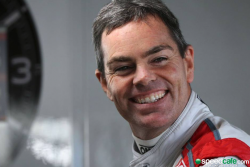 Mentored by Brock during the early stages of his career, Lowndes has taken over the mantle as the sport’s most popular driver and sits atop the all-time race winners list on 103.

Lowndes won three titles with the Holden Racing Team during his first three years in the championship before enduring a succession of near misses with Triple Eight across the last decade. 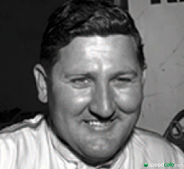 The ATCC’s original showman, Beechey’s spectacular style netted the title aboard a Ford Mustang in 1965 and a Holden Monaro five years later.

The latter was a maiden success for Holden and made Beechey the first to win in both a Ford and a Holden; a feat not matched until Whincup’s third title in 2011. 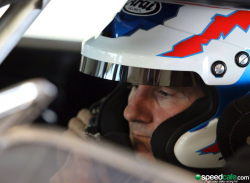 Emerging as a rising star during the Group A era, Seton made a bold move to leave Nissan’s factory outfit at the end of 1988 and start his own team.

Subsequently made the most of the switch to the 5.0 litre formula in 1993 and took two titles in the following five years, including the 1997 crown while running as a single-car operation. 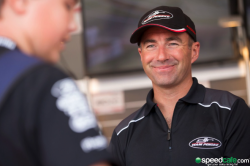 Showed front-running speed from his very first race in 2001 and went on to win two titles during just five full-time seasons before heading to NASCAR.

Returned to V8 Supercars last season in what proved a short-lived comeback, pulling the pin after just one championship event.