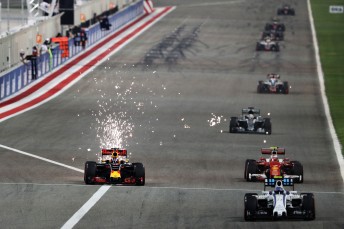 Formula 1 requires a change to a new-style dictatorship to ensure key decisions regarding its future direction can be made accurately and swiftly, believes Alan Jones.

Such turbulence has led the Grand Prix Drivers’ Association to call for a change in governance, labelling the current structure ‘obsolete’.

The introduction of the elimination qualifying format has emphasised the sport’s crisis with the universally disliked system continued at Bahrain after being castigated following its Melbourne introduction.

With decisions requiring the full support of teams, F1 bosses and the FIA, 1980 world champion Jones feels the sport would benefit for a more direct leadership format, one similar to which Bernie Ecclestone long employed.

“I think it needs someone in a dictator role,” Jones told Speedafe.com.

“When you have got a committee that is in charge of something like this it is always going to be difficult to get something through and there is a lot of vested interests out there.

“I think it needs someone like Bernie (Ecclestone) to say this is what we have decided so let’s get on with it.”

While the 2015 qualifying format is set to be reintroduced in China, Ecclestone and the FIA have stated their support of the teams’ collective desire to continue to explore new alternatives for 2017.

Jones says he would like to see F1 adopt a Top 10 shootout system utilised by V8 Supercars.

“As far as I’m concerned I just want to see more cars on the track,” added Jones.

“I personally wouldn’t mind a V8 Supercars style qualifying where you are left with a shootout. At the moment you only see one car on the track anyway.

“I think they made the decision to try and ramp it up a bit and it didn’t work. Let’s see if they can come up with a better alternative.

“I think going back to the original is a bit of a sign of defeat and by going backwards you are not going forwards.”

Next Story Injury rules Miller out of Austin MotoGP