Tony Quinn has stepped up preparations for an assault on the famous Pikes Peak hillclimb with tarmac testing of his 850bhp Ford Focus rally car at Queensland Raceway.

The Australian GT Championship owner is set to make his debut at the June event when he jumps behind the wheel of his Pace Innovations built entry.

Quinn last drove the hillclimb special at his own Race To The Sky event held on gravel in Otago, New Zealand, 12 months ago.

The Scottish-born entrepreneur subsequently received an invite to compete in the 100th running of the Pikes Peak hillclimb in Colorado, USA.

A front splitter failure has seen the car return to Paul Ceprnich’s workshop for modifications ahead of the June 26 event.

“Overall I was quite happy with the car, but there is too much downforce in the front which broke the front splitter,” Quinn told Speedcafe.com.

“I don’t have any expectations,” he added of his first time in the ‘Race to the Clouds’.

“This is a bucket list event for me and I feel very honoured to be able to compete and go up the hill.”

Quinn is set to test the Focus again at Queensland Raceway later this month.

While preparations are well under way for Pikes Peak, Quinn will switch his attention to next week’s Targa Tasmania where he will pilot a Lamborghini Huracan. 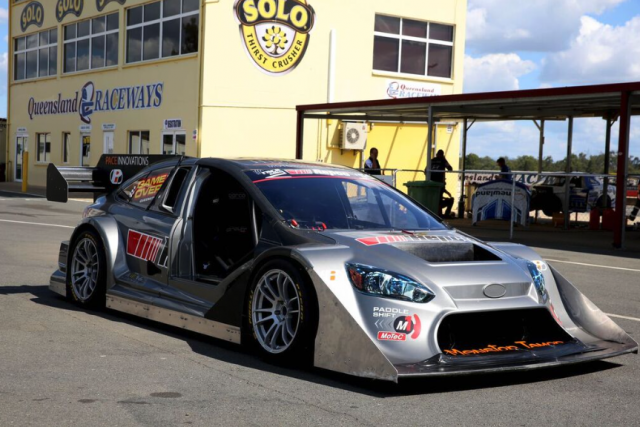