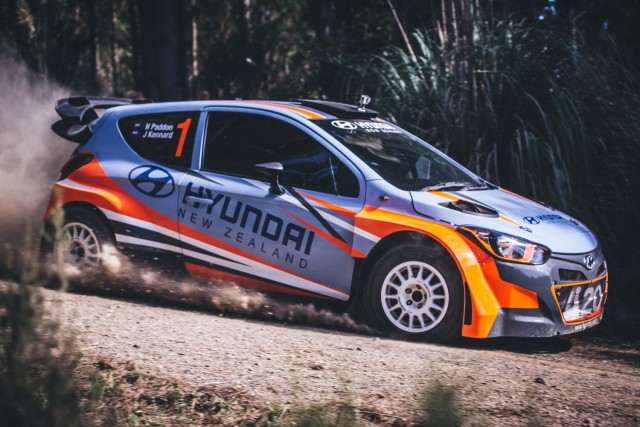 Together with his regular co-driver John Kennard, Paddon has formed a new partnership with Hyundai New Zealand which has led to the first Kiwi-developed rally car for the Korean maker.

The works Hyundai WRC pair will campaign the 1.8 litre turbo-charged i20 that was built in association with fabricator Andrew Hawkeswood of Force Motorsport.

The Otago Rally has lured some of the rallying world’s greatest drivers over the years and will be celebrating its 40th running around its challenging 17 special stages.

“It’s always good to come back here and get out to some great stages,” Paddon said.

“There are more public road stages this year, not so many forestry stages and quite a lot of stages we haven’t done before so it’s always nice to add the challenges of new stages to an event we know well.”

“We’ve had only one small test last week so there will be a lot of development work happening throughout the rally.

“Hopefully we’ll be able to keep on top of the small problems which are sure to eventuate with a brand-new car fresh out of the box.”

The former Ford and Peugeot WRC works driver Markko Martin will campaign a Ford Escort RS1800 in the classic section.