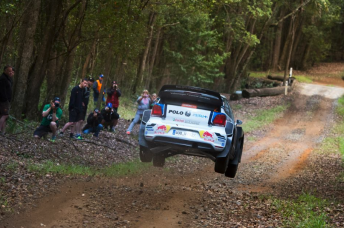 The WRC stars will return to Australia in November

Kennards Hire has been announced as the new title sponsor for Australia’s round of the World Rally Championship.

The company replaces fellow equipment firm Coates Hire as the major sponsor and infrastructure partner for the event, which will this year close the season on November 17-20.

Rally Australia chairman Ben Rainsford says that the nature of rallying puts an emphasis on logistics and infrastructure for organisers.

“Unlike our circuit-based equivalent, the Formula 1 Australian Grand Prix, the WRC Rally Australia is staged over an area that covers around 80kms from north to south and therefore demands an infrastructure partner such as Kennards Hire with exceptional resources and expertise,” Rainsford said.

“But in addition to their technical partnership, Rally Australia and Kennards Hire are together planning initiatives that will boost public awareness of the event, the WRC and, ultimately, increase spectator attendance next November.”

Next Story Paddon to debut new Hyundai at Otago Rally