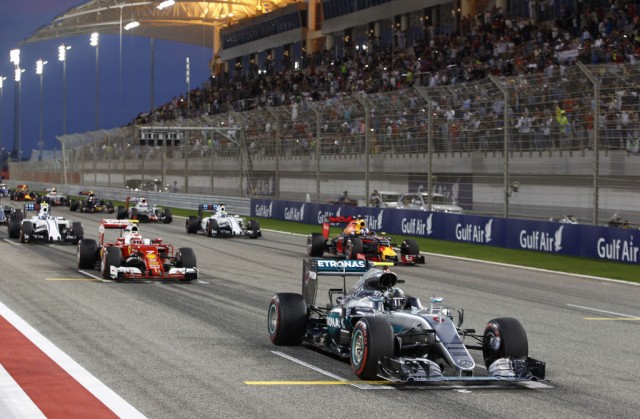 F1 grids will now be set with the 2015 qualifying format

Formula 1 will return to its 2015 qualifying system from the upcoming Chinese Grand Prix, the FIA has confirmed.

Debate over qualifying formats has raged all year, with the knockout system introduced for the season proving highly unpopular at both Albert Park and Bahrain.

Amid suggestions of a move to an aggregate system, the teams united to demand a return to last year’s format in a letter sent to the FIA, Bernie Ecclestone and CVC Capital partners.

The show of solidarity has been met with a swift announcement from the FIA confirming the change, provided that it is signed off by the F1 Commission and World Motor Sport Council.

“At the unanimous request of the teams in a letter received today, Jean Todt, President of the FIA, and Bernie Ecclestone, commercial rights holder representative, accepted, in the interests of the Championship, to submit a proposal to the F1 Commission and World Motor Sport Council to revert to the qualifying format in force in 2015,” read an FIA statement.

“This proposal, if approved by the F1 governing bodies, will take effect as from the Chinese Grand Prix and will apply for the rest of the season.”

The letter from the teams offered to trial alterations to the format later in the season ahead of possible revamp for 2017.

“Jean Todt and Bernie Ecclestone welcomed the idea put forward by the teams to have a global assessment of the format of the weekend for 2017,”added the statement.